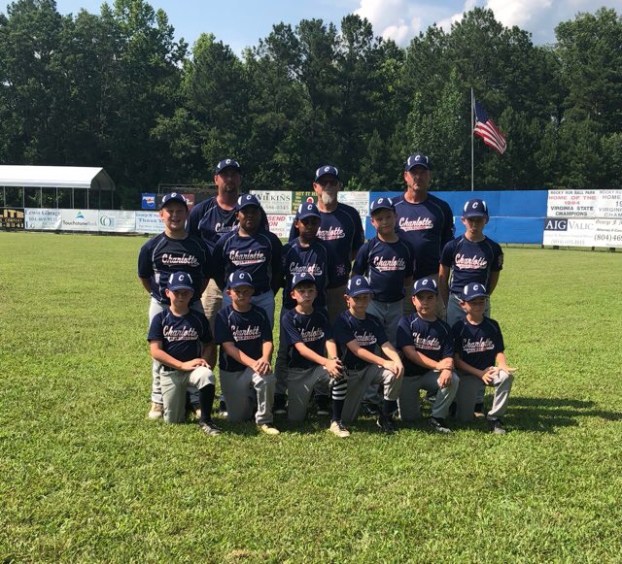 Manager Jay Graves’ team faced a stiff challenge right off the bat as it took on the host Dinwiddie National All-Star team.

“We lost 12-10 to Dinwiddie in our opener,” Graves said, but he noted that his team showed great resilience. It was down 9-0 after three innings but battled back and had tying runs on base in the top of the sixth and final inning.

Dinwiddie went on to win the tournament.

Next, Charlotte County took on the defending state champion Prince Edward-Farmville All- Stars. They were younger this year, but still potent. However, Charlotte County scored eight runs in the top of the sixth to pull away for a 17-7 victory.

Charlotte County’s next elimination game came against Lunenburg County, the eventual district runner-up. Lunenburg County prevailed 7-2 in what Graves noted was a well-played game with only three walks.

“Nate Brown walked only two in 4 2/3 innings,” he said. “Thomas Graves finished with no walks and no runs. … Great effort by the Charlotte All-Star team.”

The Charlotte County Angels All- Star team, which swept the competition in its district tournament, begins play Friday at 6:30... read more