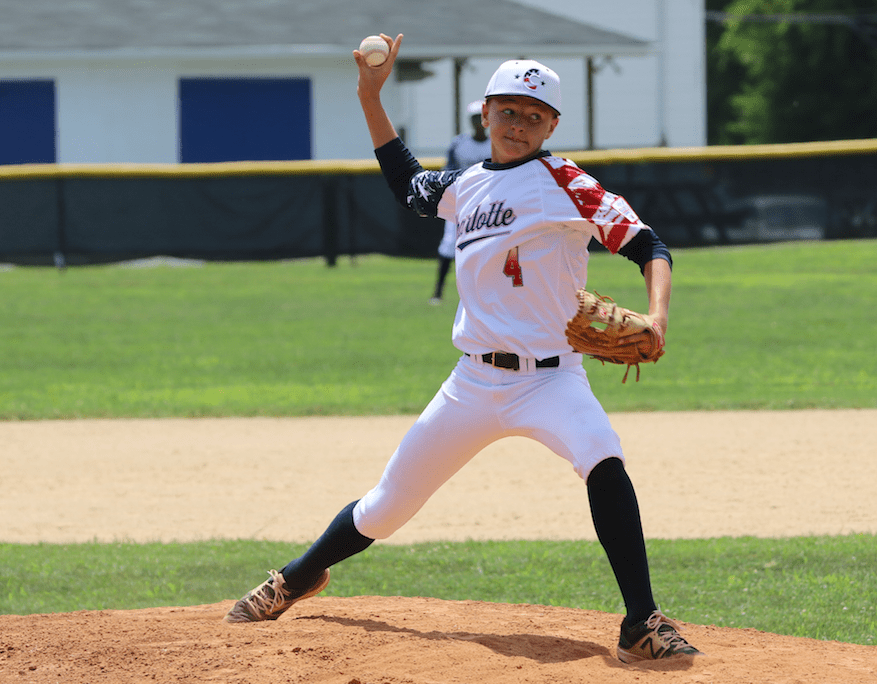 Charlotte County All-Star Brenden Francisco was an important contributor on the mound for the county’s 15U all-star squad, which won the 2018 Dixie Boys 15U State Tournament over the weekend.

The field of competition at the 2018 Dixie Boys 15U State Tournament in Charlotte Court House could not overcome the strength of the host team.

The team will return to action for the 2018 Dixie Boys 15U World Series in Ozark, Alabama. That event will run July 19-22.

“The thing is the kids are resilient,” Charlotte County All-Stars Manager Jeff Rapole said of his players. “We have a great pitching staff, and our defense is on point. Only giving up a few runs, as we did in the tournament, it’s very impressive. The boys just play well together. They’re a great group of kids, probably the best I’ve ever coached.”

Charlotte opened its run with an 8-0 victory over Bedford on Friday.

“Brenden Francisco was a big help to us today,” Rapole said. “He was another great pitcher for us.”

As for who was key in producing the 17 runs, Rapole said, “Honestly, the whole team. They were just beating on the ball today. It was just a good day all around.”

The manager expressed gratitude to all of the team’s supporters.

“Everybody in the community has helped,” he said. “It’s been basically a community-oriented team. And Randolph-Henry Athletics was a great supporter for the tournament.”