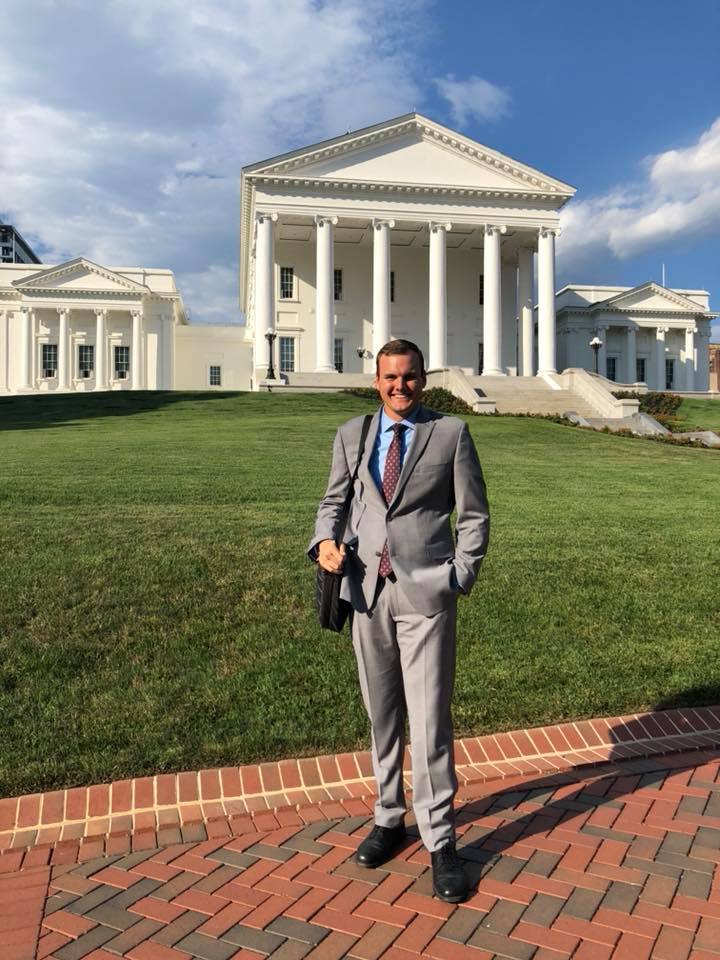 Keysville native and Virginia Tech student James Chandler Vaughan has been named one of 23 Governor’s Fellows program participants, according to a press release from the Office of Governor Ralph S. Northam.

“The Governor’s Fellows Program offers rising college seniors, graduating seniors and graduate students an opportunity to gain valuable firsthand experience working under Cabinet secretaries and alongside staff in the Office of the Governor,” said the release.

Vaughan is a graduate of Randolph-Henry High School and is majoring in agribusiness at Virginia Tech’s College of Agriculture and Life Sciences.

During the duration of the program, Vaughan will work under the Virginia Secretary of Agriculture and Forestry, according to a Virginia Tech news release.

In an online post, Vaughan said, “I’m very blessed to have this opportunity to learn about the executive branch of the Virginia’s State Government and serve the Commonwealth’s agriculture and forestry industries.”

He was the only student chosen from Virginia Tech.

“I am pleased to welcome this year’s class of Governor’s Fellows to my office,” said Governor Northam in the release.“Our Commonwealth is fortunate to have these talented young students serve in support of our state government. I look forward to seeing their contributions and watching them develop into leaders who will use their new skills and abilities to help build a stronger, more inclusive Virginia.”

The release said each of the chosen fellows are placed in a division within the Governor’s Office for the duration of the summer.

During their time, the fellows take on a variety of different tasks.

“The Fellows also learn from special guest speakers from the administration and take field trips across the Commonwealth,” the release cited.

The release said the program is offered and opened to students attending Virginia colleges and universities. The program is also open to Virginia residents who are studying outside of the state.

In November, Vaughan was elected to serve as Region VI Vice President of the National FFA Alumni Association Council.