Lealon Vassar will continue his legacy as someone who contributed to the community, youth and education through a scholarship that will be available by Southside Virginia Community College (SVCC) during the school’s fall semester. 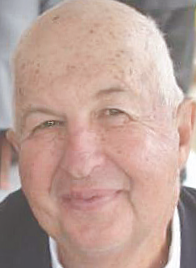 Vassar, 74, died Nov. 22, 2017 from a sudden illness. Shannon Vassar Feinman, daughter of Vassar and is vice president of finance and administration at SVCC, announced the scholarship.

She said the scholarship will go to Charlotte County students attending SVCC. “Preference will be given to students exhibiting characteristics such as dedication to community service, hardworking, kind-hearted and willingness to help others as was Mr. Vassar’s legacy,” a news release provided by Feinman cited.

He was also a longtime sports coach for kids in the county, including coaching Dixie Youth teams.

Feinman said while the exact amount for the scholarship has not been determined, she said the community has been steadily donating toward it, including members of her family, and she said she expects the scholarship amount to be significant enough to offset expenses for students who need aid.

She said the scholarship gives a outlet for her family to keep his memory alive and bring them together. Feinman said she and her family plan to donate to the scholarship during special occasions such Father’s Day and Vassar’s birthday.

“We all agreed it would be a great idea,” Feinman said.

She said he was a proponent of higher education, encouraging she and her two siblings to attend college or an apprenticeship after high school.

Feinman imagined Vassar’s reaction if he had known about the scholarship.

“I think the first thing he would have said was, ‘don’t put my name on it, let it be anonymous,’” Feinman said. “That’s how he almost always helped other people.”

“I think he would be pleased that as opposed to feeling a lot of grief on special occasions, which we will, that we’re going to try to channel that into doing something to help other people,” Feinman said.

Gary Walker, Vassar’s cousin and chair of the Charlotte County Board of Supervisors, said the scholarship is a perfect reflection of Vassar’s hard work and dedication toward education in his lifetime.

“It’s really just a continuation of what Lealon had done all through his life,” Walker said. “He helped people all of his life, and he did it quietly, and very few people ever knew what he did, but he helped people, and I just think his family’s found a way to continue to help people as a way of honoring his memory.”