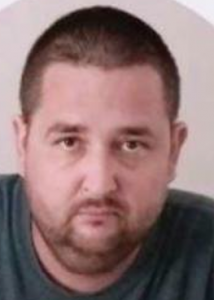 “We would like to thank each and everyone that helped and came out to support Doug in his journey with leukemia. Everything is greatly appreciated,” said Sherry Martin Wilmouth, Doug’s wife.

Although Doug and his wife could not be in attendance at the event due to his hospitalization, family and friends worked together to ensure a smooth afternoon with a large turnout.

The event was held at the Drakes Branch Mini Storage on Craftons Gate Highway.

Justina Goodwin said she was honored to help out at the event and has known Doug since attending school together.

Goodwin said she ran errands during the event and helped with the food.

Since 2000, “I have followed Doug everywhere,” said Goodwin, referencing his career as an accomplished mechanic. “He has been my mechanic.”

Goodwin said Doug was an honest person and she will continue to support his business.

As a person, Goodwin said Doug was very kind-hearted and sweet.

“He is not fighting this battle alone,” she said.

Goodwin said it was a blessing to see everyone come out and support the family.

“The event was a success and we are so thankful for everyone’s support,” said Doug’s sister Angel Wilmouth. “The total was not counted. We are letting Doug do that when he comes home from the hospital.”

According to event information, Doug “is a loving father of three kids and a devoted husband.” He has been a Drakes Branch based mechanic for 10 years and is currently undergoing treatment at VCU (Virginia Commonwealth University).

She said an outpouring of love from family, friends and even strangers was witnessed during the event.

“We witnessed what it truly means to be a part of a community that cares for one another and helps to lift each other up when one is down.”

“We all love Douglas so very much and look forward to seeing him feeling better and back home with his family and friends,” said Shelton.

Shelton said if any donations would like to be made, stop by Drakes Tire and Auto or donations may be mailed to 403 Old Kings Road, Drakes Branch, Virginia 23937.