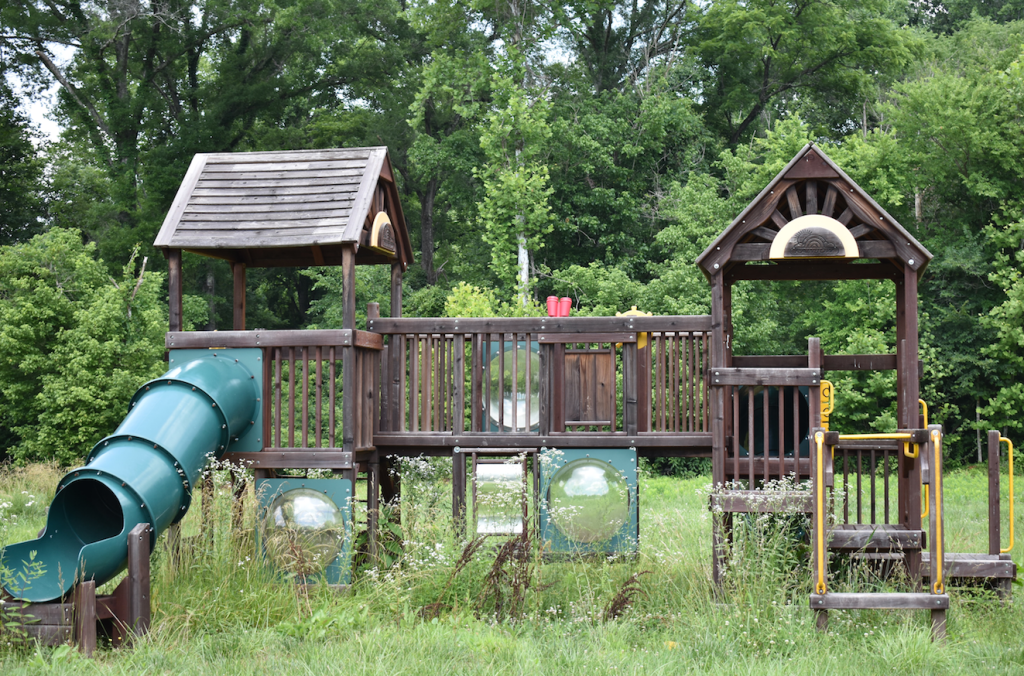 Pictured is a playground at Westpoint Park, a developing park from the Charlotte County Recreation Association. Representative James Gregory said the park development relies entirely on donated funds, and that progress has been made slowly.

“We just need to acquire the plastic borders to put down around the equipment, so we can put down the safety materials,” Gregory said.

He said for the playground portion of the park, construction could be finished by as early as the end of the summer until after September.

The concrete slab where the basketball court is set to rest is estimated to be 90 by 60 feet.

Gregory estimates the concrete itself will cost approximately $8,000, not counting the cost of labor for installation.

He said the court would also need fencing, basketball goals, poles and other equipment.

“You pass by these basketball courts,” Gregory said. “You don’t realize what all goes into them.”

Gregory said the inspiration for the park came from realizing that there was only one other public park with a playground in the county, Tower Park Playground in Keysville.

“They’re aren’t many places for the kids to go, for the public to go to take the kids to play,” Gregory said. “I had been eyeballing that piece of property for several years, and the opportunity came about to purchase it, and I said it would be a perfect place for a playground.”

Gregory said the town, due to its size, could use more recreational opportunities, and he believes the park could fill that need.

“It’s a constant fundraising effort,” Gregory said, noting that the organization has not received grants for the project. “We’re raising every dime that we get.”

He said the process has sometimes been slower than he would wish, but is confident of the playground’s progress.

“It’s a slow process,” Gregory said. “But it’s coming along.”

To help raise funds for the park, Gregory said participants could contact him at (434) 315- 3644 or mail a donation to Charlotte County Recreation Association, 175 Marshall St. in Drakes Branch.