Strickland reps R-H in the state 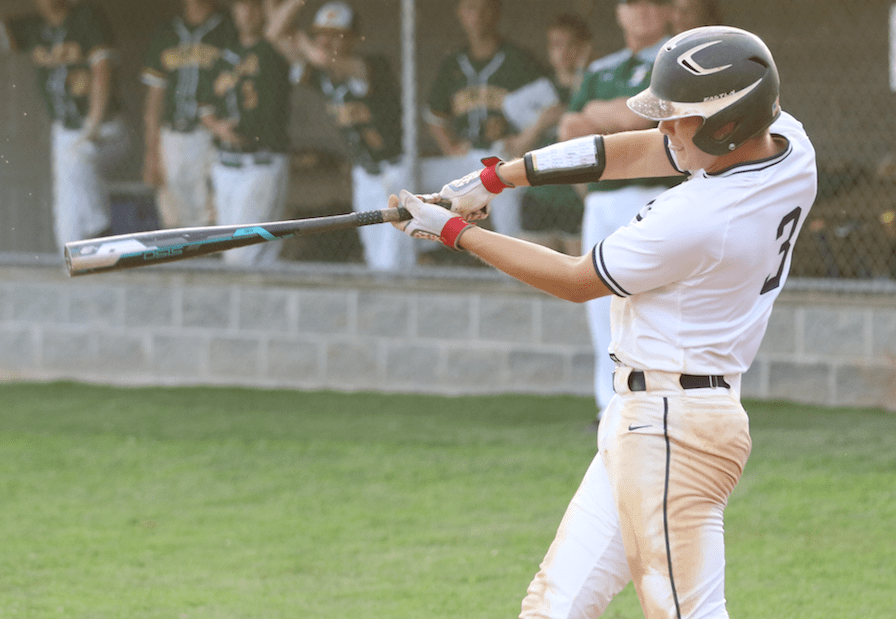 Randolph-Henry High School’s varsity baseball team, which advanced as far as the 2018 Region 2A tournament semifinals, was represented by senior Carter Strickland among the all-state accolades and Strickland and senior Jordan Jones among the all-region honors.

First addressing the regional awards, Statesmen Head Coach Josh Barmoy said, “I think that both of them earned that. I think their play, again, speaks for itself when they step to the plate and in the outfield, both of them being able to cover a lot of ground catching balls and having pretty good arm strength to really challenge guys that are trying to tag up or trying to get an extra base. It really put pressure on the other coaching staff to make a decision whether they’re going to get another base or if they’re going to tag up. Those guys, at the plate, were definitely a tough out.”

Strickland has repeated as an all-state first team outfielder.

“That’s an extremely impressive honor to be — not once but twice — first team all-state outfielder,” Barmoy said.

“Him being able to be selected for the all-star game is an amazing honor and just awesome for Randolph-Henry to get that representation …” Barmoy said.

Strickland stepped up as a leader and played multiple positions for Randolph-Henry this year when injuries required moves, the coach said.

He produced a remarkable batting average of .461, going to the plate 90 times and striking out only four times.

“When you’re looking at Jordan, he adds a speed factor to his resume,” Barmoy said. “We had a lot of times when that third basemen was playing in, which gives you a little bit more room down the line to hit the ball, and there’s plenty of times when he sprayed it all over the place in left, center, right … and been able to get on as well as when teams kind of fall asleep and don’t move up and play him. Jordan lays that bunt down and is able to beat it out.”

Jones had a .392 batting average and has signed to play college ball.