At a June meeting of the Charlotte County Board of Supervisors, a motion passed to allow a letter of intent to award a construction project in the amount of $3.2 million as supported by the School Board.

Additionally, the Supervisors approved to allow the School Board to post a PPEA (Public Private Education Act) Proposal up to $6 million, including all renovations to bring a 15 year life expectancy on the buildings.

“At the request of the Board of Supervisors, we comprised a committee of stakeholders and experts to be able to look at what could be needed for Bacon and Phenix above the $3.2 million original scope of the PPEA project,” said Superintendent of Charlotte County Schools Dr. Nancy Leonard.

According to a May PPEA proposal provided by Jamerson-Lewis Construction, PPEA “allows private sector to present unsolicited construction proposals to the public sector if a capital improvement is identified.”

Previously, the proposal included a fixed price identified at $3.2 to include the addition of a 6,000 square foot multipurpose facility at both Bacon District and Phenix Schools and the addition of eight classrooms at Phenix, which would replace mobile classroom units.

Leonard said the focus was on security and accessibility, at which the entire team met at the two schools to do a walk through.

“The scope of parameters of what we were looking for was what we could do to improve accessibility and security of our schools that would go beyond the $3.2 million but reach a $6 million cap,” she said.

Leonard said that was the price range looked at.

Of the identified upgrades, above the $3.2 million scope, Leonard said Bacon District could use additional heating, handicap accessible restrooms and fencing in addition to upgrades in the main office, including moving it to the front and adding a security wall.

She discussed a security wall for both Phenix and Bacon District.

“Someone coming in the building would be forced to go into the office instead of having free access to the entire building and just being on honor code …” said Leonard.

At Phenix, above the $3.2 million scope, Leonard said upgrades could include additional faculty parking, separating parent drop off from the bus drop off, additional sight lighting, renovating the administration area and updated circuitry.

Both schools could see kitchen area upgrades, painting, the addition of stage ramps and bus canopies.

In order to move forward with the projects, Leonard said she would need approval on a draft letter of intent to award a construction contract for the base $3.2 million so materials could be ordered.

“The time is of the essence to move forward with that,” she said.

Additionally, Leonard said she would need to be given the go ahead to pursue the level of funding the Board of Supervisors would like in order to get a proposal, somewhere between the $3.2 million-$6 million figure, including parameters and the go ahead to post a request for proposals for the additional needs.

Wylliesburg/Red Oak Supervisor Kay Pierantoni said after studying the Dewberry Reports in-depth, the only item shown in good condition at Bacon District School was the playgrounds.

She said in the scope of the $3.2 million, the only item the school would come away with was an indoor playroom.

While she said she was in favor of an indoor place to play, she was concerned for the taxpayers and for the schools about spending such a large amount of money.

She said there are many things wrong with the school and a former rough estimate for HVAC upgrades revealed a price upward of $5 million.

“I just feel like we’re going down a road of no return on these schools,” she said.

Board of Supervisors Chairman Gary Walker agreed with Pierantoni. “You hit the nail on the head,” he said. “This $3.2 million is the tip of the iceberg. When you spend this $3.2 million you’re locking yourself in. It’s going to end up being $12-15 million. Once you start renovating an old house … you just have to keep going.”

“They are unanimous in their belief that this is the way to move forward,” she said.

She said the proposed renovations would get the division through the next 10-20 years.

“To be honest, consolidation did not happen and funds were not granted,” said Leonard. “So after lots of study and review, the school board worked together to try and come up with a viable solution to take care of the children and this is their request moving forward.”

Cullen/Red House Supervisor Nancy Carwile said the problems are just starting by trying to make three schools equal that are not the same schools and not the same size.

“I think that we should raise taxes …” she said.

“We’re being disrespectful to the school board Dr. Carwile, with all due respect,” said Phenix/Aspen Supervisor Donna Fore.

We need equity in care and education 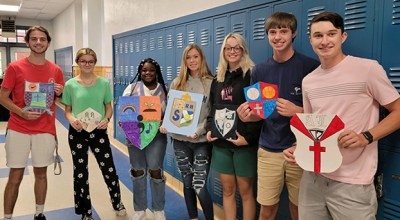