Trio of recipients for Statesmen honors 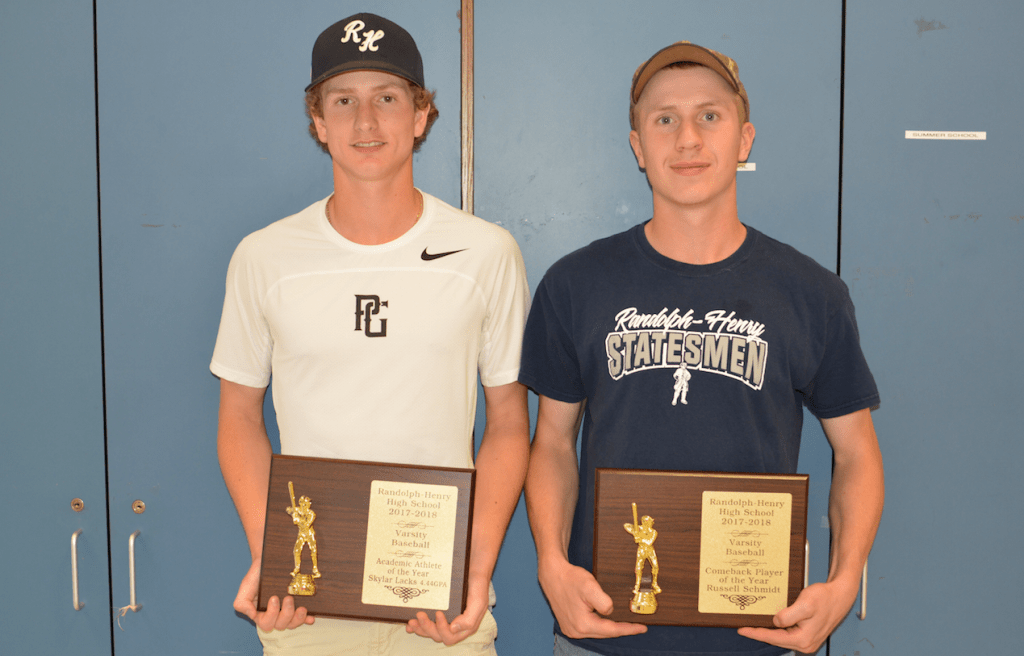 Holding their internal awards are Skylar Lacks, left, and Russell Schmidt. Not pictured is Dalton Barksdale.

Randolph-Henry High School’s varsity baseball team recently handed out internal awards to a few of its players in recognition of their contributions to another successful year.

Junior Skylar Lacks received the Academic Athlete of the Year honor after producing a 4.44 GPA for the year.

Head Coach Josh Barmoy noted the importance of being able to maintain good grades throughout the year.

Barmoy said Schmidt persevered amid a series of injuries this season to still make an impact for the team as a catcher.

Last but not least, Barmoy noted that senior Dalton Barksdale received the Coaches Award for faithfully coming to practice and being ready to work.