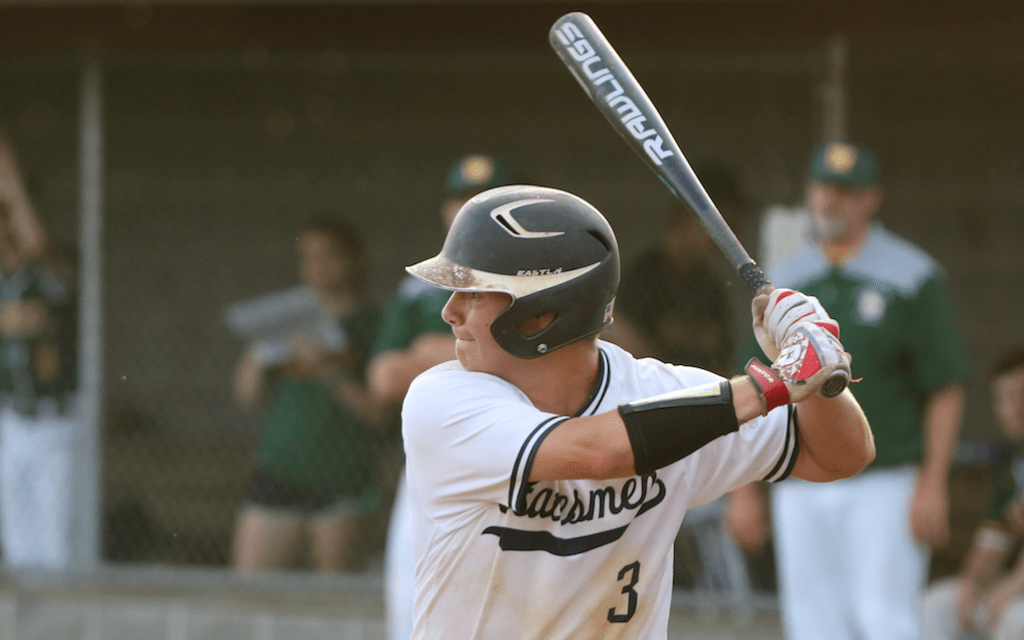 Randolph-Henry High School senior Carter Strickland was one of four Statesmen named to the 2018 All-James River District first team. He also made the all-region and all-state first teams.

Randolph-Henry High School’s varsity baseball team has garnered a lot of accolades in the wake of its performance during the 2018 season, drawing four selections on the All-James River District first team.

“I think we have a talented group of guys, and I think our record speaks for itself in those perspectives, and the guys that earned those awards were well-deserving and were standout athletes in our (district),” Randolph-Henry Head Coach Josh Barmoy said.

The Statesmen finished the year with a 17-5 overall record. They went 16-4 during the regular season, including a 14-2 finish in the district.

This was the first time Lacks has made the all-district first team.

He pitched 41 and 1/3 innings and produced a 4-1 record. The one loss came against visiting Amelia County High School, which won narrowly 1-0.

Lacks threw 49 strikeouts with a 1.5 earned run average (ERA) during the regular season. Barmoy noted this ERA was the best on the team.

Harding was also another first-time first-team selection. Barmoy said he was recognized because he is a guy that is going to outwork anybody.

He laid down a lot of sacrifice bunts that may not look good on the stat sheet, but he did what he was called upon to do, the coach said.

Harding had only one error at shortstop.

Barmoy said Jones stepped up in big games and put the ball in play with his speed.

Strickland played first base, center field and Barmoy said he was the team’s top arm on the mound, noting he came in second or third in the Player of the Year voting.

He led the team in mound time during the regular season, throwing 41 and 2/3 innings.

On offense, Strickland had a team-high .492 batting average. In 68 plate appearances, he struck out only three times.

“He’s putting the ball in play or getting on base,” Barmoy said.

See next week’s edition for coverage of Randolph-Henry’s all-region and all-state honorees.