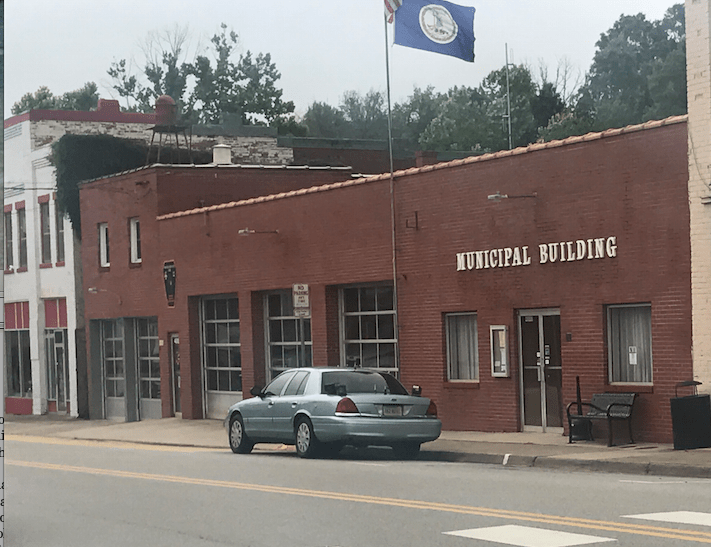 Possible funding options and ongoing fundraising efforts were discussed at a recent meeting of the Drakes Branch Town Council to address the needs of the current municipal building and fire department.

At a recent meeting of the Drakes Branch Town Council, several questions were raised regarding the current state of the municipal building and the adjoined fire department.

Rebecca Daly, chair of the Charlotte County Democratic Party, addressed the crowd in an attempt to gain insight for possible funding of projects in town.

Daly said she recently had a discussion with Drakes Branch Fire Chief Kenny Tharpe about the needs of the fire station and the town municipal office.

She said she would like to pursue talking to several individuals about helping fund some of the needs in Drakes Branch.

“I’ve been on a tour, I’ve taken pictures of the actual problems with the buildings, the cracks in the foundation that kind of thing,” said Daly. “And, I know that you’re waiting for a report from a flood zone to determine whether it’s a flood zone or not.”

Daly asked the town council if there was any discussion about separating the fire station and the town municipal building or would they likely stay together?

“I think it’s always been a plan to keep it as a joint effort,” said Drakes Branch Town Council Member Noah Davis. “That’s how it’s been for 50 years.”

Davis said the town had not gone into the details of the project because they were waiting to see where the funding would come from.

In light of the need for a new building, fundraising efforts are still underway.

The town started a revitalization grant previously, which was put on hold by the Virginia Department of Housing and Community Development (DHCD) until a flood study was conducted.

“It’s unusual to have the town offices in with a fire station,” said Daly. “So, it kind of impacts the different types of fundraising grants you can get … that’s why I asked if you thought about maybe separating the two.”

“It’s more than just a fire station and a municipal building,” said Davis.

Daly also suggested expanding the inside of the municipal building to encompass a larger room in order to rent it out for weddings or meetings.

She said it would give the town some ongoing revenue for support.

She said the town needs to summarize their needs to pinpoint what exactly is wanted.