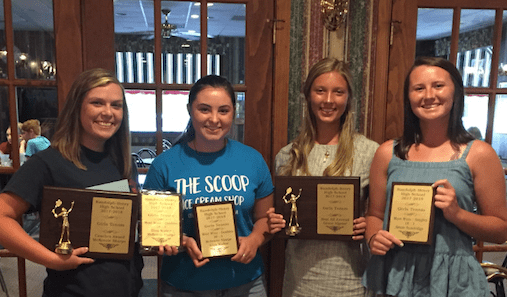 The Lady Statesmen completed their regular season with a 15-2 overall record and ended up at 16-3 overall after competing in the Region 2A tournament.

As the No. 2 seed in the regional tournament, Randolph-Henry hosted Prince Edward County High School, defeating the Lady Eagles 7-2.

The Lady Statesmen then hosted Poquoson High School in the regional semifinals and sustained a tough 5-2 loss, playing to decision.

Only losing one senior, Laine is excited for next season.

Among the team awards handed out, Randolph-Henry’s No. 2 doubles team of junior Makenzie Sharpe and sophomore Eliza Walker received recognition for Most Wins in Doubles Competition. Sharpe and Walker went 16-3.

Randolph-Henry No. 1 singles player freshman Grace Algeier was presented with the Best All Around award.