Representatives from the Charlotte County Rescue Squad reported they have made changes to address concerns of the squad’s hours and availability during The Town of Phenix’s Council meeting June 5. Participants voiced concerns about the squad members’ presence at their stations and operations. 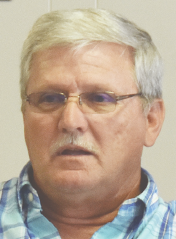 The discussion came as squad Captain Bill Mayhew spoke about the hours for the station, and hiring someone who could volunteer at Phenix during the night hours.

The squad’s main station is located in the Town of Keysville, with satellite stations in Phenix and Wylliesburg.

Mayhew said they hired a crew member approximately a week ago that could be at the station from midnight to 6 a.m.

He encouraged residents to call 911 at all times during an emergency, even if they request help by walking into the rescue squad station. He said he plans to install phones at the three stations that would allow people to connect to 911 if crew members are responding to a separate incident and are not at the station.

Mayhew said most patients are transported to Lynchburg, which often takes crew away from the station for long periods of time.

“We do ask that (people) be patient, because it’s a long drive most of the time from the firehouse to Lynchburg,” Mayhew said.

He described a recent call in which a patient approached the station while having a heart attack and found no one at the station.

Once crew arrived, Mayhew said they called Centra Southside Community Hospital to send a helicopter, and said that Centra could not release its helicopter.

Mayhew said the department ended up contacting Life-Guard, located at Smith Mountain Lake, which came to Keysville and transported the patient.

Vice Mayor Dean Evans addressed the squad about his concerns about the squad’s operations in that recent emergency. The patient who suffered a heart attack had been his brother, David.

Evans estimated that two-thirds of the calls the squad receives are from the Phenix area.

“I thought … a commitment was made that Phenix would always be manned around the clock,” Evans said. “The citizens of the community have come to be very understanding of that. They kind of like that fact. They know this is where I can go.”

“It’s unfortunate during that time frame there was not anybody at the rescue squad,” Evans said. “Where the individual came seeking for help, walking around and knocking on the doors trying to get somebody to come, but there wasn’t anybody there.”

“We should take a hard look at that and make sure that doesn’t happen again,” Evans said.

David Evans, who experienced the heart attack, attended the meeting and said in addition to experiencing a delay in reaching the hospital, he received a bill for approximately $42,000 for using the helicopter. David said he requested to be taken to Lynchburg.

“I hope everything has been ironed out, … so that nobody ever has to go through what I went through,” David said.

Evans noted while he was concerned, he respected the squad’s services to the area.

“We feel very blessed that we have a rescue squad,” Evans said. “You all do just tremendous amount of work that you never get any credit for … Sometimes it doesn’t seem to be appreciated. That’s not the point of context where I am coming from. We want you to know that you are very much appreciated. But this was a situation that could have turned out to be very, very bad for everybody.”

Denise Hall, who also volunteers at the squad and attended the meeting, said she began volunteering after the squad saved her son’s life.