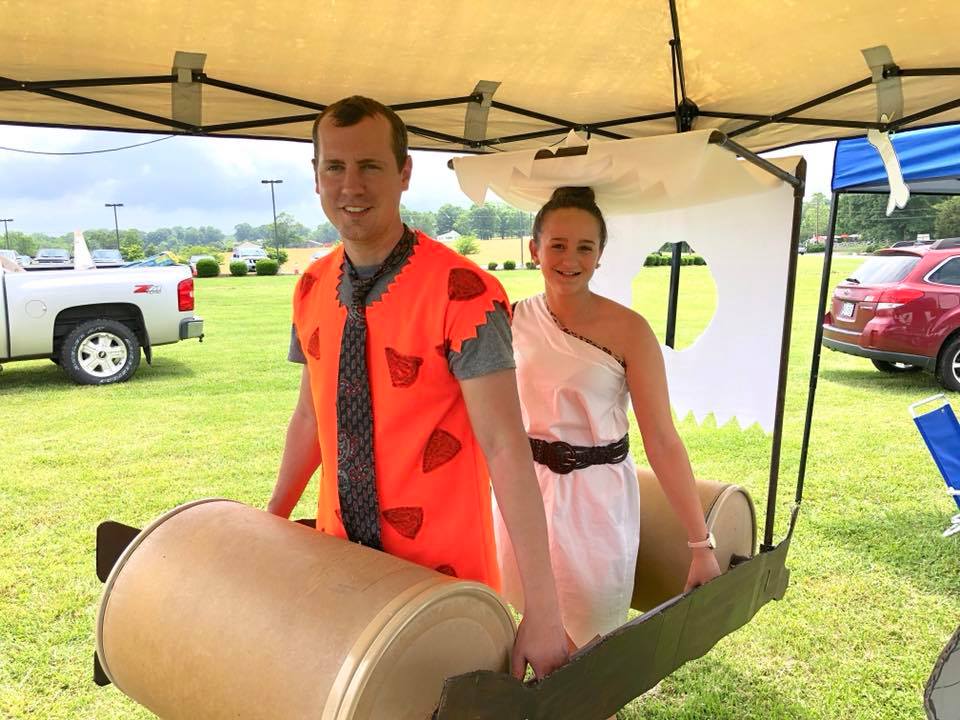 Kendall Brown and Caroline Bush dress up as Flintstone characters Fred and Wilma as a part of the Kids Kickin’ Cancer’s theme. (Photo by Cheryl Gilliam Tharpe)

Despite inclement weather, the Charlotte County Relay for life was in full force Saturday and raised a total of $142,000 to help in the fight against cancer.

According to Charlotte County Relay for Life Chair Bonnie Gilliam, the weather did not put a damper on the event. 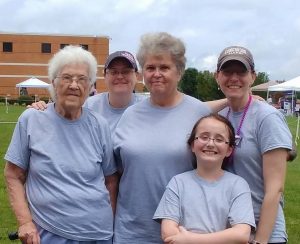 “It didn’t stop us,” Gilliam said. “I think it affected the turnout somewhat.” However, she said it did not affect the events of the day.

At about 3 p.m., Gilliam said the decision was made to move everything inside to continue the festivities.

She said while the day required some minor changes and quick thinking, the togetherness of being inside with everyone strengthened the unity feel of the event.

“Everybody had a good time,” she said.

This year’s theme was “Cruisin’ for a cure” and Gilliam said each team had a campsite at the event and chose items to cruise on, including a two person bike and makeshift “Flintstones” car.

While Gilliam said there was perfect weather for the event last year that did not stop the Charlotte County Relay for Life from raising an abundance of funds to support cancer. 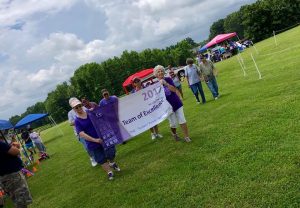 The Charlotte County Trucker’s Parade Against Cancer
(TPAC) team is pictured at the Relay for Life. The team is
one of the top 10 in the nation.

She said the Charlotte County event has been No. 1 in the nation for the past two years as far as raising money per capita.

She said 12 teams participated in the event last year, compared to only 9 teams this year. While she said Charlotte County did not have a lot of teams to participate, the teams that do, have a lot of members.

Just alone, she said the Trucker’s Parade Against Cancer (TPAC) team has over 50 members and raised an astounding $113,534 for the event.

“It was a very good year,” said Gilliam.

While the goal for this year’s event was $145,000, Gilliam said more donations will still come in, as donation are being accepted until August. To make a donation, Checks made payable to the American Cancer Society can be sent to 1201 Farmville Hwy., Keysville, VA 23947.