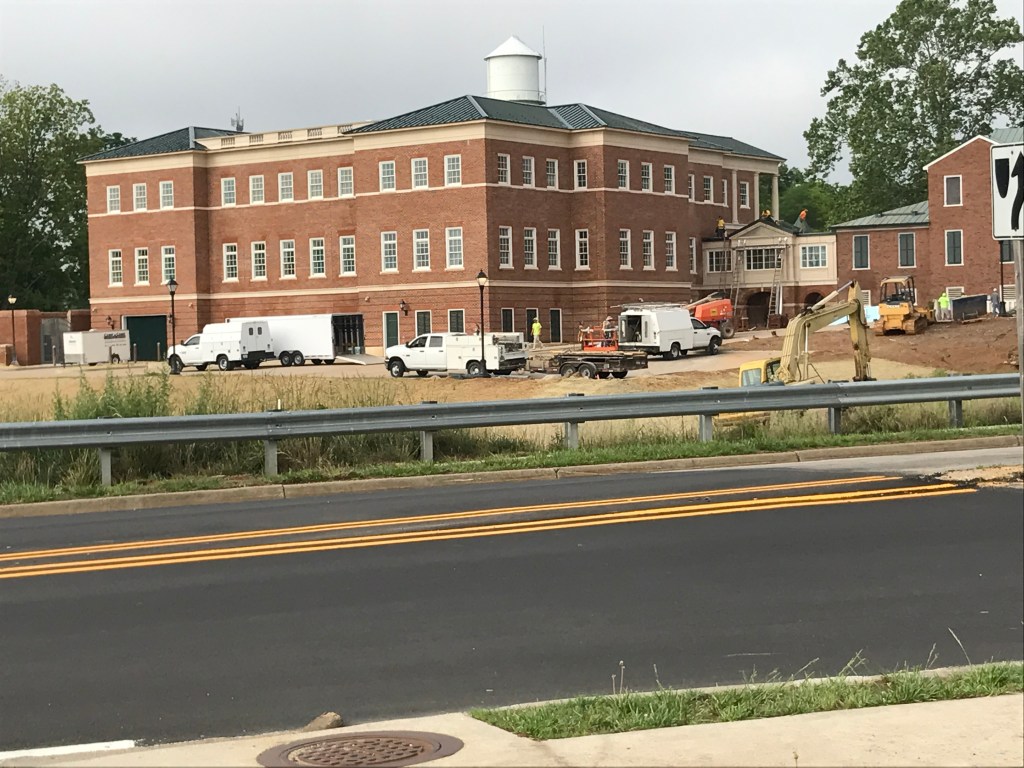 An Official dedication ceremony for the new Charlotte County Courthouse has been set for Sept. 23 from 4-6 p.m.

According to Red House/Cullen Supervisor and Committee Planning Chair Nancy Carwile, the event will be held on the Courthouse Square.

Previous talks about the dedication ceremony had mentioned a possible event in June, however, more time was needed.

“The County appointed a committee of one person from each district to advise the Supervisors on the planning, and the committee wanted to have more time for completion of the Courthouse before the dedication,” said Carwile. “Early fall was chosen to avoid hot weather and summer vacations, and to find a date convenient for more people to attend. The Supervisors appointed a good committee and their advice and planning went very well.”

During a May 8 meeting of the Charlotte County Board of Supervisors, moving the dedication ceremony date from June to early fall was discussed.

Keysville Supervisor Butch Shook said “I’ve had a couple of comments from your committee members who have suggested … they would like to meet again and discuss another date,” referencing the previous June 24 dedication date.

He said if more time was available, the grass could be planted and additional shrubbery would be in place.

A fall dedication date was suggested at the meeting.

“If you would just please meet with your committee again before we say ‘yes’ …” Shook said to Carwile.

“Well, you want to have it during hurricane season?” asked Carwile at the meeting.

Wylliesburg/Red Oak Supervisors Kay Pierantoni said she felt it was really important that the citizens appointed to the planning committee had a strong voice regarding the opening.

“I think it’s important that we take direction from them,” said Pierantoni.

Chairman of the Supervisors Gary Walker said the committee was appointed by the Board and they should be able to act.

“We appointed the committee, I think we should let them act,” he said.

Walker said there were citizens represented on the committee and “I don’t think we have a lot of issues here to debate.”