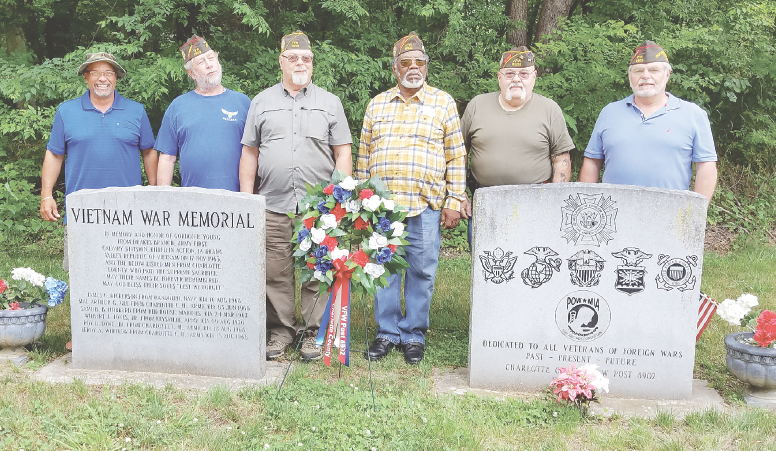 Members of Charlotte County Veterans of Foreign Wars (VFW) Post 8902 honored those who died in combat, particularly seven residents in the county who served during the Vietnam War, during a ceremony in Drakes Branch Monday.

The Memorial Day event took place at noon, where VFW members placed a wreath at the Vietnam War memorial stone and hoisted a flag to pay tribute.