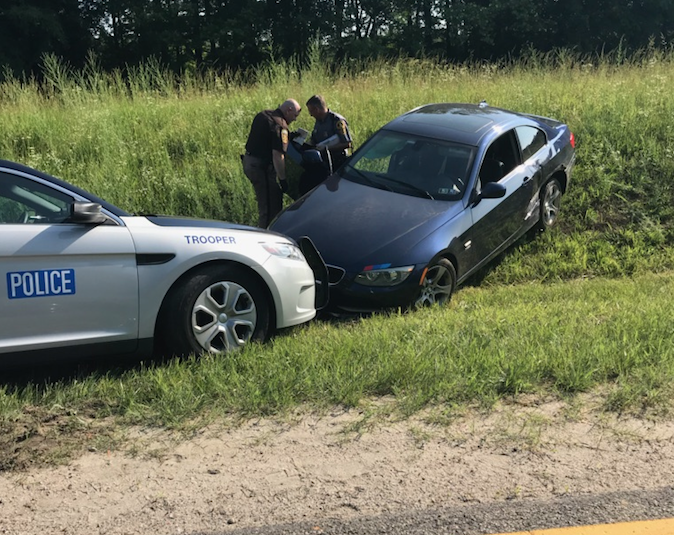 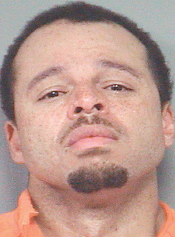 A release from the Charlotte County Sheriff’s Office said a Charlotte County Deputy was running radar at the intersection of Highway 710 and 360 when Tyson Omar Robinson, 40, of California, came through headed eastbound at an excess speed of 84 mph in a 60 mph zone.

The Charlotte County Sheriff’s Office said Virginia State Police attempted to use spike sticks in the Meherrin area of Highway 360.

“The Virginia State Police were assisting the sheriff’s office with the pursuit and then became the lead agency once it left Charlotte County on Route 460,” said State Police Public Relations Manager Corinne Geller. “This was at about 8 a.m. Friday. The pursuit continued east on Route 460 with the suspect vehicle traveling in excess of 120 mph.”

She said the suspect’s vehicle took Route 360 and rammed two trooper vehicles before coming to a stop on 360 in Nottoway County, about 3 miles east of the Crewe exit.

The suspect driver was taken into custody at the scene.

After being transported to the Charlotte County Jail, he was charged with eluding, exceeding a posted speed limit of 60 mph by over 20 mph and possession of a controlled substance.

Robinson also received charges from the Virginia State Police including reckless driving and exceeding the posted speed limit by over 20 mph and obstruction of justice in Nottoway County.