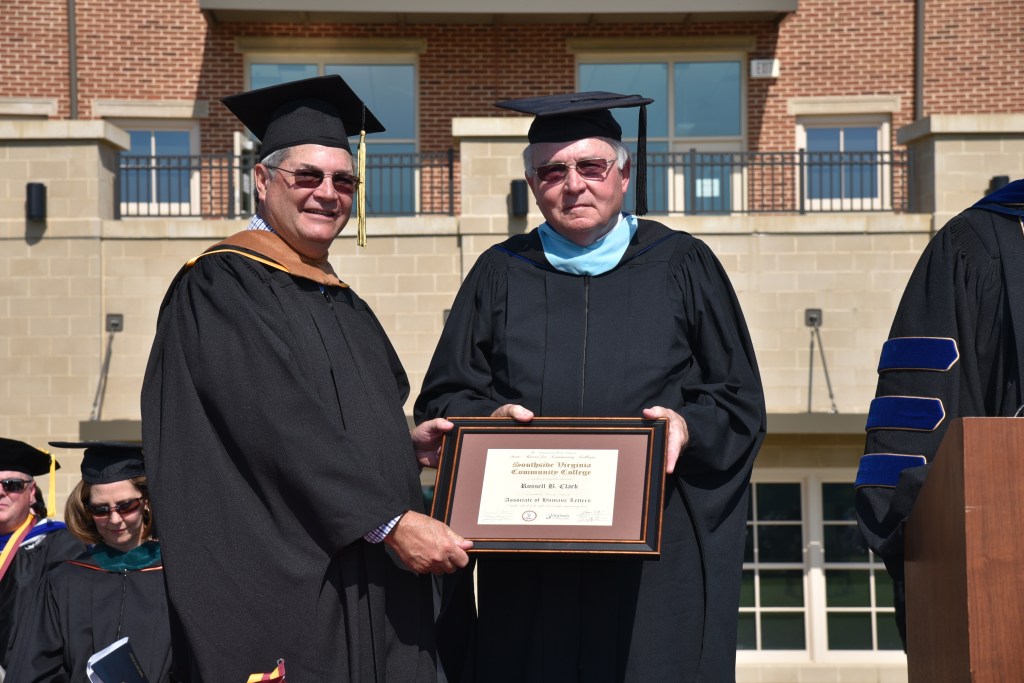 “You made it. Give yourselves a round of applause,” said Virginia first lady Pamela Northam as a greeting to the class of 2018 of Southside Virginia Community College (SVCC) at Commencement May 12 at the John H. Daniel Campus in Keysville. Under blue skies and what Northam called “Texas Heat,” SVCC celebrated 946 credit graduates along with 238 students receiving workforce credentials.

“I bring congratulations from the Governor. We are proud of you as you finish this hard-won journey,” she said. She noted that change takes courage and reminded the crowd that “Virginians have always been explorers, revolutionaries and innovators.”

“We are at our best when we challenge ourselves,” she said.

She also spoke of community colleges being a critical aspect of education and workforce training in the Commonwealth of Virginia. She noted that Virginia is a commonwealth instead of a state meaning that its citizens work for the common good of all.

“When you began this journey, it may have seemed like a mission impossible. I am so happy to celebrate with you … mission accomplished,” she said.

“Virginia has a history of leading the way, we have a chance to do that again, you are our best asset and greatest treasure,” she concluded.

Pamela became the first lady of Virginia when her husband, Governor Ralph Northam, was sworn in as governor Jan. 13. An educator, environmentalist and longtime advocate, Pamela has taken a leading role in Hampton Roads and Virginia to protect water quality and improve the health of the Chesapeake Bay.

During the ceremony, the college awarded two honorary associate degrees in Humane Letters. These are conferred by the State Board for Community Colleges in recognition of distinguished achievement. These were presented to Dietra Y. Trent, Ph.D., former Secretary of Education for Virginia and a strong advocate and true champion of education. A native of Halifax County, she has a fondness for the college that serves her community.

Also awarded was Russell B. Clark. In his role as County Administrator for Charlotte, he was on the job for 37 years, and worked collaboratively with SVCC, other county governments and many partners through the state for the betterment of the area. He is a member of the SVCC Foundation Board of Directors, serves on the board for Virginia’s Heartland Regional Partnership, Virginia’s Growth Alliance and the Bank of Charlotte County.

Honors program graduates were Katelyn Bryant and Emily Davis. Two students were nominated this year and named to the All-Virginia Academic Team sponsored by Phi Theta Kappa. These students were recognized as well, Anesia Powell and Sara Ruotolo-Sarnataro.

Dr. Al Roberts, SVCC President, conferred the degrees on the SVCC students, shaking each hand as they crossed the stage.

Student loan forgiveness: It’s not for everyone

His thoughts — Shaped by teachers 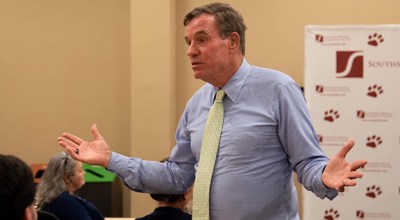 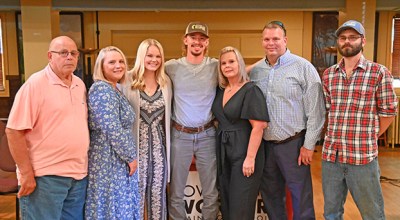