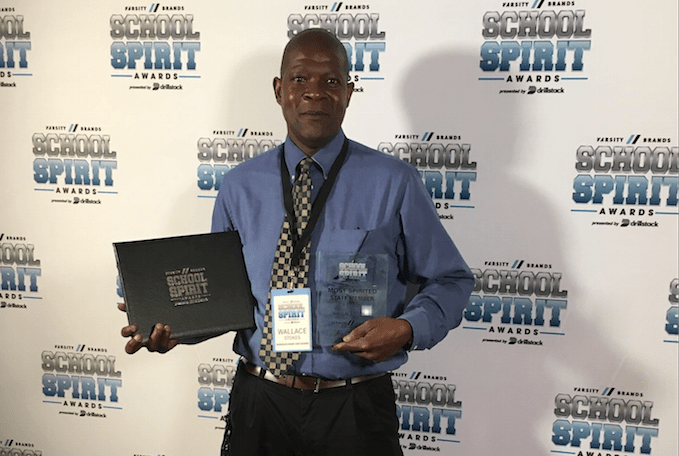 Randolph-Henry High School paraprofessional and bus driver Wallace Stokes has been named the winner of the 2018 Varsity Brands School Spirit Award in the staff member category.

According to information from the school, Stokes recently traveled to Orlando, Florida to attend an awards show at Walt Disney World May 12.

“It was wonderful, I enjoyed myself,” said Stokes.

He said it was important to always put the children first.

“These awards honor the very best of America’s high schools by recognizing outstanding schools, organizations and individuals that go above and beyond to build school pride, student engagement and community spirit,” said information from Varsity Brands.

Stokes was a finalist among two other nominees in the staff member category, including Shannon May from Crean Lutheran High School in California and Annette Sult from Baxter High School in Iowa.

“Mr. Stokes is an integral part of what we do here at R-HHS,” said Randolph-Henry High School Principal Robbie Mason. “No matter what needs to be done, Mr. Stokes is anxious to help. He is not only a valuable resource for our staff, but he provides a trusted ear for our students when they need someone to listen. He truly is one of our most valuable staff members. “

According to Varsity Brands, $100,000 in awards were given out during the course of the event.

Information in a previous release said each category winner would receive $3,000.

“Wallace Stokes is so deserving of this award,” said Superintendent of Charlotte County Schools Dr. Nancy Leonard. “His kindness, concern for others and love of Randolph-Henry is such a positive influence in our schools. Wallace is truly an ambassador for Charlotte County Schools and a positive role model for our students. I am thankful that he was recognized at the National level for his school spirit.”

Randolph-Henry’s Assistant Principal and Athletics Director Christopher Holt previously said the nomination process included writing a 500 words or less nomination letter and a letter supporting the nomination from the principal.

“At that point, the nomination was submitted I knew that the top three candidates in each category would receive notification on Feb. 7 and that’s when we went through the day, most of the day and I didn’t think we were getting anything,” Holt said previously. “And then at 5 p.m. I got an email from Varsity Brands that showed the top three in that particular category and Mr. Stokes ended up being one of the top three from across the country.”

At that time, Stokes said it was a great honor to him. “It means a lot to me from the students and the staff and the community. I’m very humbled by it because I was very surprised,” he said.

Stokes has worked at R-HHS for 18 years and according to nomination information, he is the go-to person for all students, staff and administration. “Between his multiple positions within the school, he also immerses himself in other responsibilities, such as covering classes for teachers, driving buses to extracurricular trips, painting and maintenance of the school over breaks, washing fleets of buses, making popcorn for everyone on Wednesdays and so much more,” said the nomination. “Mr. Stokes has an unending well of enthusiasm and passion for Randolph-Henry High School, the students and its moving parts.”

Film featuring Holmes to be presented 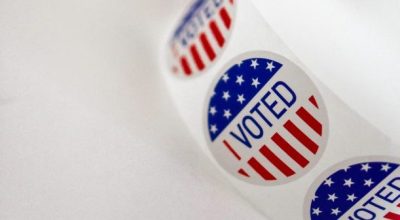