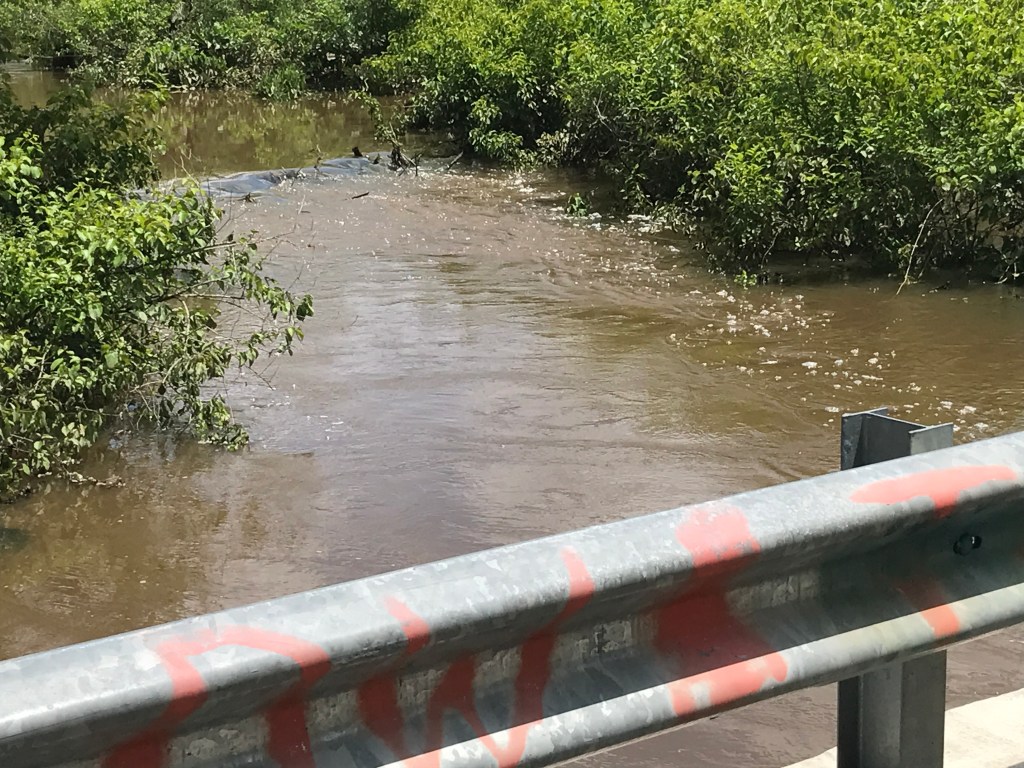 Charlotte County experienced road closures and flooding due to heavy rainfall and overflow from the Roanoke (Staunton) River this weekend, but potential for additional flooding or storms continues to be likely, according to a hazardous outlook report from the National Weather Service (NWS).

The report called for showers and thunderstorms to develop again late Tuesday afternoon into the evening with torrential downpours likely.

More storms are expected Wednesday, according to the NWS, “with localized flooding possible along with an isolated threat of damaging winds.”

The report cited minor flooding continues at Randolph along the Roanoke River, though noted that the river was expected to fall below flood stage Tuesday afternoon.

“Do not drive through flooded areas,” the NWS cited, “the water may be much deeper than you think.”

Garland “Butch” Hamlett, Drakes Branch Supervisor and representative with the county’s emergency services, said the Randolph area was most affected by the flooding due to its close proximity to the Staunton River.

He noted that the county placed barricades in areas where roads were closed. He said while flooding had affected areas in the county, including a road closure at Charlotte Court House on Friday, no one was in serious danger.

Hamlett cited a report from NWS as of 6 a.m. Tuesday, the Staunton River was 22.2 feet and dropping. He said flood stage is 21 feet, and that Route 607, River Road is still closed.

According to a condition table from the Virginia Department of Transportation (VDOT), the organization cited that motorists should expect potential delays driving through Route 607, from Sylvan Hill Road to Mt Laurel/Scuffletown Road; Route 619, from Saxkey Road to Carwile Springs/Evergreen Road and Route 649, from Cub Creek Church/Harrisburg Road to Ridgeway Road due to flooding.