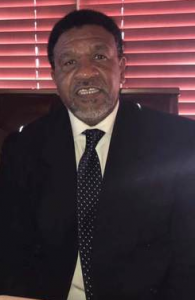 Funeral services were held on Wednesday, May 9, 2018 at noon at White Oak Grove Baptist Church in Phenix with interment at Henry Presbyterian Cemetery in Randolph.

Condolences may be expressed at www.JeffressFuneralHome.com. Arrangements were by Jeffress Funeral Home of Charlotte Court House.