Dominance on the court 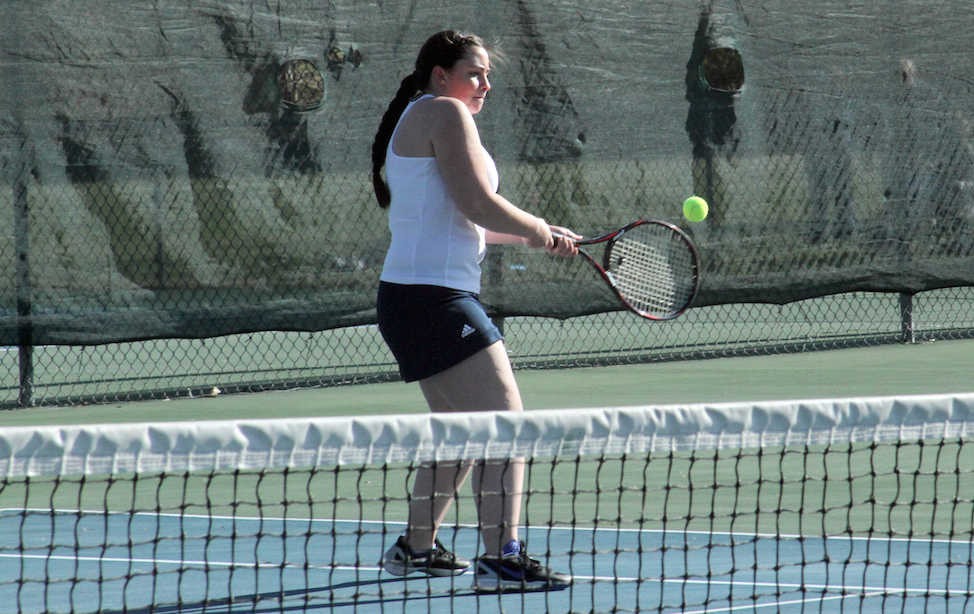 Randolph-Henry High School has performed well in No. 2 singles and doubles play this season.

Randolph-Henry High School’s varsity girls tennis program may feature different leaders this year, both on and off the court, but it is clear the previous leaders helped establish a winning culture that endures.

“The team members continue with a positive attitude towards hard work, willingness to learn and strong desire to get better,” Randolph-Henry Head Coach Deborah Laine said. “Teamwork has been a big part of the team’s success. The more experienced players have done a super job of helping the new and less experienced girls learn the game and better their skills.”

She highlighted some of the players that have made the nearly season-long win streak possible.

“Our No. 1 seed, Grace Algeier, continues to excel both in singles and doubles,” Laine said. “Her doubles partner, Annie Sandridge, our only senior, has a record of 15-1 as our No. 3 (singles) player. Eliza Walker and McKenzie Sharpe make up the No. 2 doubles (team) and have had much success as our No. 2 and 4 (singles) seeds.”

Leading up to Tuesday’s match against Prince Edward, Laine said she and her team would love to finish out the regular season with a win, and they plan “to continue practicing hard to get ready for regional play. Regional play will require us to really step up our game, but these young ladies are definitely up for the challenge.”

The coach noted there will be no district tournament this season.

“We begin regional team play on Monday the 21st of May,” she said, with matches being hosted by the higher seed.

She said that all eight teams in the region will be seeded into the tournament with the semifinals set for May 23 and final set for May 25.