As a young boy, James Edward West, born Feb. 10, 1931, was fascinated with electronics. The Prince Edward County, Virginia native was always ready to take things apart to see how they worked. There was one instance where that fascination got the best of him because at age eight after repairing a broken radio he was electrocuted with 120 volts of electricity. When he plugged it into a ceiling outlet the electrocution paralyzed him temporarily while standing on his bed’s bras footbard. His brother was near and knocked him to the floor ending the shock. This experience intrigued him more about electronics and electricity. 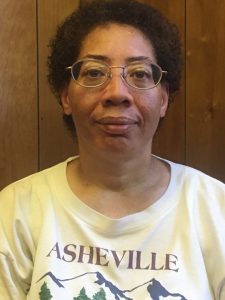 Even though there were not many African Americans employed in the science field by universities, Mr. West’s father encouraged his academic pursuits wanting him to go into the medical field. Subsequently, in 1953 James attended Temple University after high school receiving a Bachelor of Science degree in Physics in 1957. During the summer he was an intern for the Acoustics Research Department at Bell Laboratories in Murray Hills, New Jersey. The company hired him as a full time acoustic scientist specializing in electroacoustic, physical and architectural acoustics. In addition, in 1960 James West and Gerhard M. Sessler worked together developing a compact microphone that was inexpensive and highly sensitive. During this time, expensive condenser microphones were used in most telephones and a large battery source was necessary. Sound waves were converted into electrical voltages by the microphone which allowed the sound transmission to flow through a cord into a recession. James West and Gerhard Sessler used an electret which is insulated with teflon film stretching it tight. This exposure enabled the electret to hold its charge. Mr. West described it as pressure fluctuation in the air and as this happens a small current flows from a metal surface through a wire that touches it. This invention solved the problems of expense, power source connection charge holder and compact space for use in offices and homes. In 1962, the product was finished and on January 14, 1964, James West and Gerhard Sessler received a patent for their work. Furthermore, in 1968, their microphone was used extensively as the standard model. About 90 percent of microphones today are based on West’s invention; used in phone, tape recorders, camcorders, baby monitors and hearing aids.

Along with this notable achievement, James West obtained more than 100 U.S. and foreign patents and made contributions to hundreds of papers and books on acoustics and physics. Nevertheless, he championed for more minorities and women to participate in the science field. He headed up numerous programs working at Bell Labs, including a founding member of the Association of Black Lab Employees. Upon retiring from Bell Labs in 2001, he was research professor at the Whiting School of Engineering at John Hopkins University. Mr. West has received numerous awards including the 1999 Inventors Hall of Fame and the 1998 President of the Acoustics Society of America. In 2000, he received an honorary doctorate of science from the New Jersey Institute of Technology. Through a zest for knowledge and a curiosity to match, James West surpassed even his father’s dream of a career in a field that many African Americans weren’t employed, but he persevered paving the way and breaking the glass ceiling for all who would dare to dream their dreams.

Judy Moore is a tour guide at the Central High Museum. She can be reached at ju.mo39@live.com.