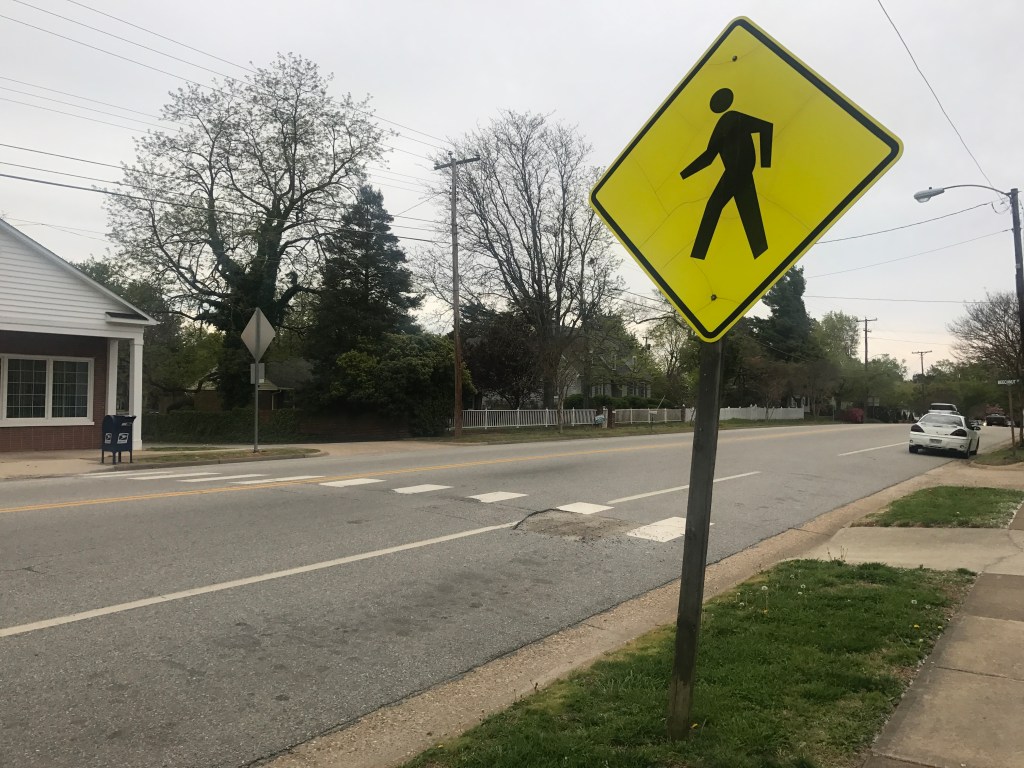 The crosswalk on King Street, across from the Keysville post office, has drawn concern about the lack of cars that stop at the crosswalk while pedestrians cross.

A crosswalk in the area of King Street in Keysville, across from the Keysville post office, raised concern from a reader about vehicles exceeding the speed limit on the street and the lack of means to alert vehicles that pedestrians are crossing.

Scot Shippee, Virginia Department of Transportation (VDOT) resident engineer for the Dillwyn Residency, which covers Charlotte County in addition to Cumberland, Buckingham and Prince Edward counties, said he has not received complaints about the crosswalk that he is aware, but said that residents with concerns can contact VDOT to have any road issues addressed.

“My suggestion would be for this resident to call our customer service number, express his/her concern, and request an evaluation of the crossing,” Shippee said. “We would then submit a work order to our Traffic Engineering staff and they would perform an engineering analysis and provide a recommendation if any changes are warranted.”

The request can be made online at or 1 (800) 367-7623, or 1-800 FOR ROAD. Vice Mayor Sarah Critzer said she has not known of official complaints the town office has received about the crosswalk and said it is not something the town planning commission has discussed, but she expressed similar concerns about vehicles not stopping while pedestrians are crossing.

“The only problem I have is that nobody stops for pedestrians in the crosswalk,” Critzer said. She said the town previously discussed installing a second crosswalk closer to the King Street entrance, between the Tea Room and Kai Xia Chinese Restaurant on 150 King Street. Critzer said this was during the town’s revitalization project, where Keysville received a Community Development Block Grant (CDBG) grant for more than $655,000.

The project was completed in 2017.

She said organizers with the project “were talking about ways to make it safer for pedestrians to be in that part of town, because sometimes cars do fly through there,” Critzer said.

Critzer speculated that the potential crosswalk may have been too close to a blind turn at the entrance of King Street.

Regarding the crosswalk at the post office, Critzer said, “with all of the truck traffic, we probably can’t put a sign in the middle of the road.” “I agree that something should be done because it is difficult for pedestrians to cross the street,” Critzer said about the crosswalk. “They do have to wait a long time sometimes before somebody will finally stop, or before there is a gap in traffic.”