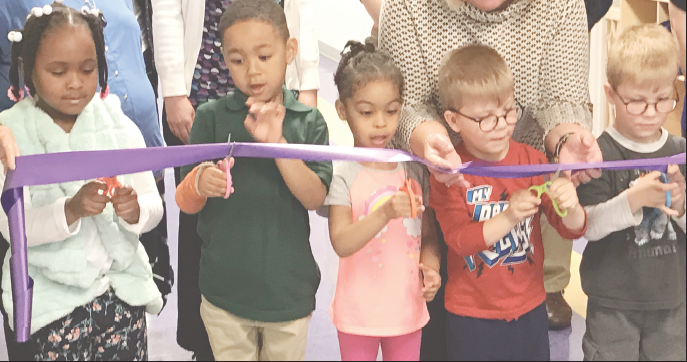 A press release from STEPS, Inc. said, “we have spent the last year investing in our children and the facilities in which they learn.”

During the event, current students in the program were given the honor of cutting the ribbon for the ceremony.

“This property was deeded from the schools back to the county back in July 2015 and has been vacant for several years,” said County Purchaser and Planner Monica Elder during the meeting. At that time, she said STEPS operates the Head Start program in the county and was interested in leasing the land for the program. STEPS President and CEO Sharon Harrup said during that meeting the entity took over the Head Start program on Oct. 1, 2015.

“Our intent is not only to serve Head Start students in your location, but also serve private-pay daycare,” said Harrup during that meeting.

She said there was a need for early childhood education and Head Start is targeted toward that initiative.

Tours were available of the facilities following the ribbon cutting.