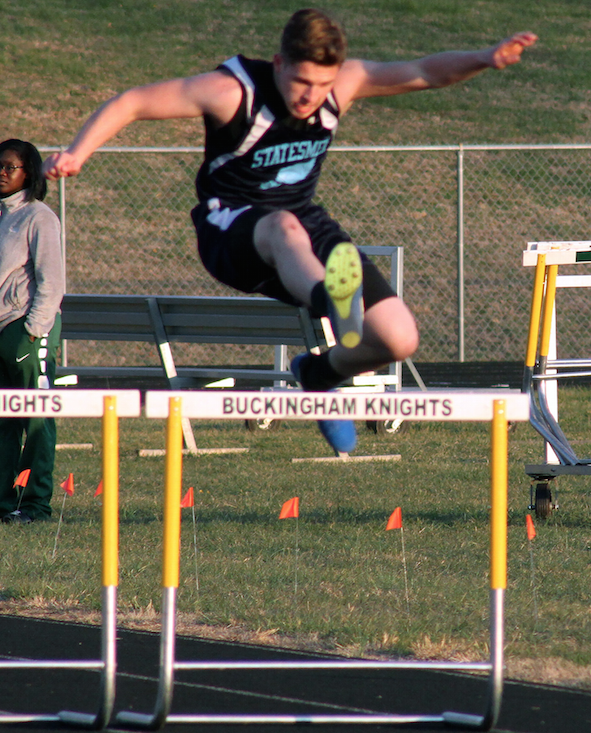 Randolph-Henry High School senior Joey Hengeli has excelled so far this year in the triple jump and the discus throw.

Randolph-Henry High School’s varsity outdoor track and field program does not have a wealth of participants this year, leaving team success in meets largely out of reach, but individual Statesmen still have ample opportunity to make a big impact.

“Some students will work to be successful and have a chance to go on in postseason competition,” Randolph- Henry Head Coach Joe Freeland said.

Last year, the Statesmen track and field program had four regional qualifiers. One key contributor in the boys 800-meter run, George Sandridge is gone due to graduation. “We had a few kids that chose not to run this year due to other commitments,” Freeland said.

There are those who have emerged as standouts, however, that remain.