Members of the Commonwealth Regional Council (CRC) offered an update on the flood study currently underway in the town of Drakes Branch during its April 18 meeting. 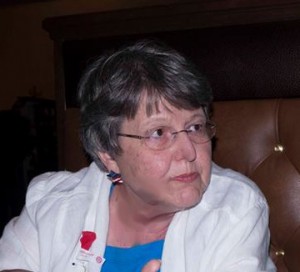 Community Development Planner Todd Fortune said the flood protection study in the town, headed by the Virginia Department of Conservation and Recreation (DCR), is currently being performed by engineering firm A. Morton Thomas (AMT).

A previous Gazette report cited that The Virginia Department of Emergency Management (VDEM) announced the pre-application and application period for the 2018 Mitigation Assistance Grant Program, with a planned deadline of June or July. A memorandum from the CRC said the date of the deadline was moved up.

“We’ve actually asked the consultant to compress his schedule, which he’s actually working to do,” Fortune said during the April 18 meeting. After receiving data from the flood study, the town would apply for the grant.

Dr. Nancy Carwile, Red House/Cullen Supervisor with the Charlotte County Board of Supervisors and CRC secretary asked if a program that falls under the umbrella of the 2018 Mitigation Assistance Grant Program, the Pre-disaster Mitigation program (PDM), would prevent an adverse effect to the town’s municipal building in the event of flooding.

“So the pre-disaster would be trying to do something before the building falls down?” Carwile asked.

Fortune said that was correct.

Fortune explained that the PDM, which helps reduce population and structure risk in the event of natural disasters, is from the Federal Emergency Management Agency (FEMA) but would be funded by the state. CRC Executive Director Melody Foster in a previous Gazette report said the municipal building floods often, which was the reason for starting the study.

“The flood study that we assisted the town in getting monies to fund that idea came from VDEM, like you need to do this to be prepared to apply for this grant,” Carwile said. “But we were told this was going to happen in the fall … luckily the engineer has been able to compress his schedule, because we needed his information in order to apply.”

Fortune said the deadline to apply for the grant was in the fall last year, but it had been moved up this year.