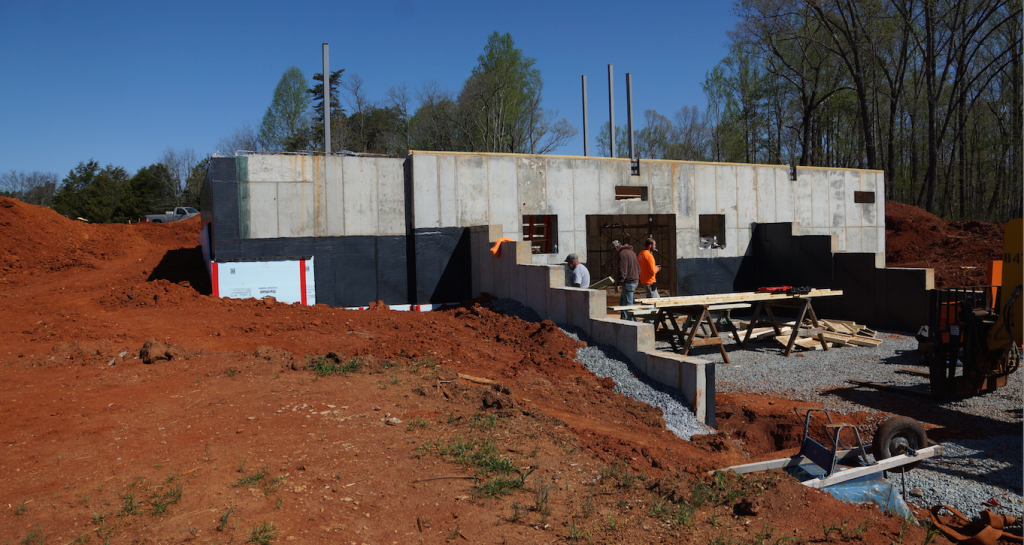 Construction is underway on the new 5,100 square foot Eugene B. Casey Education and Events Center at the Patrick Henry Memorial Foundation, also known as Red Hill.

Construction of the new 5,100 square foot Eugene B. Casey Education and Events Center at The Patrick Henry Memorial Foundation — known as Red Hill — is progressing.

According to information from Visitor Center Associate and Gift Shop Manager Bonnie George, “since breaking ground at the end of 2017, steady progress has been made on the project.”

She said construction crews have been working daily to complete the project.

During the 2017 groundbreaking ceremony, Foundation Chief Operating Officer Hope Marstin said, “We are very happy that you are here with us today as we break ground on this new opportunity for Patrick Henry’s Red Hill and all the cities and counties surrounding us. What a special moment for all of us.”

George said the center is a welcomed addition at the Red Hill grounds and will provide space to host large scale gatherings throughout the year, even in times of inclement weather. “This building will allow us to carry on living history with the approximately 2,000 students that visit this historic site yearly – no matter the weather,” she said.

“We are currently at the mercy of Mother Nature and in the past have had to cancel or postpone living history because of weather conditions.” George said the building will also be of use for community members who wish to have functions on the grounds, such as meetings, community events and weddings.

“The possibilities are endless. We are thrilled with the progress that is being made and want to share this with the community and invite them to visit Red Hill,” said George.

Plans to construct the center were first brought to the attention of the public in April 2017 resulting in the Charlotte County Board of Supervisors earmarking $2,500 in the 2017-18 county operating budget to support their efforts.

The foundation was given $1 million in honor of Eugene B. Casey to build the center, according to Patrick Henry National Memorial Development Coordinator Myra Trent previously.

Last May, the foundation received a $4,000 grant from the Virginia Tobacco Revitalization Commission.

According to a press release, the grant will be used to build a road which will access the center.

The new venue is slated to include a portico-style covered porch, a lobby entrance featuring historical exhibits, a catering kitchen that will also function as a lecture hall, a classroom and venues for presentations.

Estimated completed on the Eugene B. Casey Education and Events Center is set for the end of October.