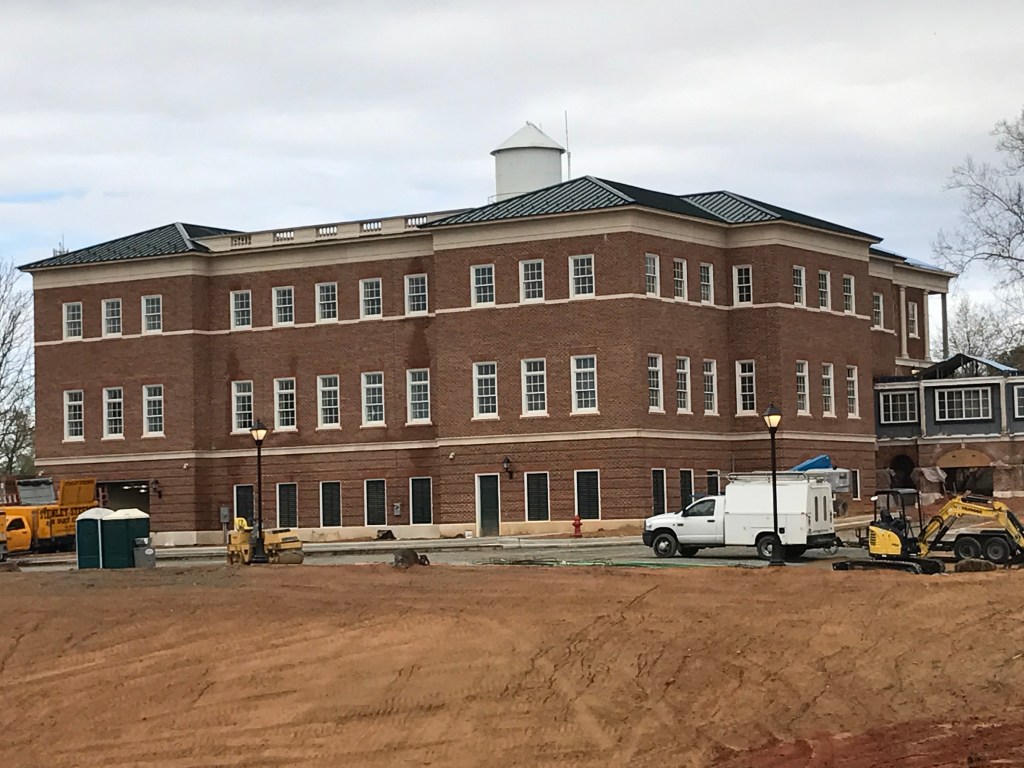 As the new Charlotte County Courthouse progresses, plans for a grand opening are underway.

Grand opening plans for the new $13.9 million Charlotte County Courthouse are underway, following a substantial completion of May 3-4.

At an April meeting of the Charlotte County Board of Supervisors, Aspen/Phenix Supervisor Donna Fore said Red House/Cullen Supervisor Dr. Nancy Carwile is working on a special grand opening event for the new building.

“I went to Tim (Burge) and he said he thought the dedication should be early June, possibly late May . . . and the committee will be meeting and we’re going to pick a date, but so far what I’ve heard is that . . . a Sunday might be appropriate, (a) Sunday afternoon,” said Carwile.

Skanska’s Project Manager Tim Burge said he hopes to have the building completed by the end of May with all furniture and fixtures in place.

Burge said while the weather during the month of March was still horrible, some progress was able to be made.

“That’s pretty much where we are, things are looking good inside . . . ” he said, referencing the installation of carpet, flooring and paint.

“The building’s coming along real well right now, and they have actually started some pavers on the sidewalk and entrance,” he said.

Fore asked when would be the final move in date where the building would actually be open to individuals and business?

Burge said he was hoping right around the first of June, however, it just depends on the weather.

However, he said as of right now, it looks like June may be the move in time. “. . . don’t quote me that it’s going to be June 1, I’m just saying that’s what it looks like right now,” Burge said.

In March, Carwile said the new courthouse is something to take pride in because it belongs to the county.

“I think that we should take pride in that courthouse,” she said. “I know that we hired the very best architects we could, we brought in the Sheriff and everything. We did everything. We talked to DHR (Department of Historic Resources), we did all those things . . . I think that now is the time to say this is our courthouse, it is self-contained just like it was in Jefferson’s day,” Carwile said.

At that time, she said she thought the whole community should be invited to the opening of the new courthouse and “I think we should have a party,” Carwile said.