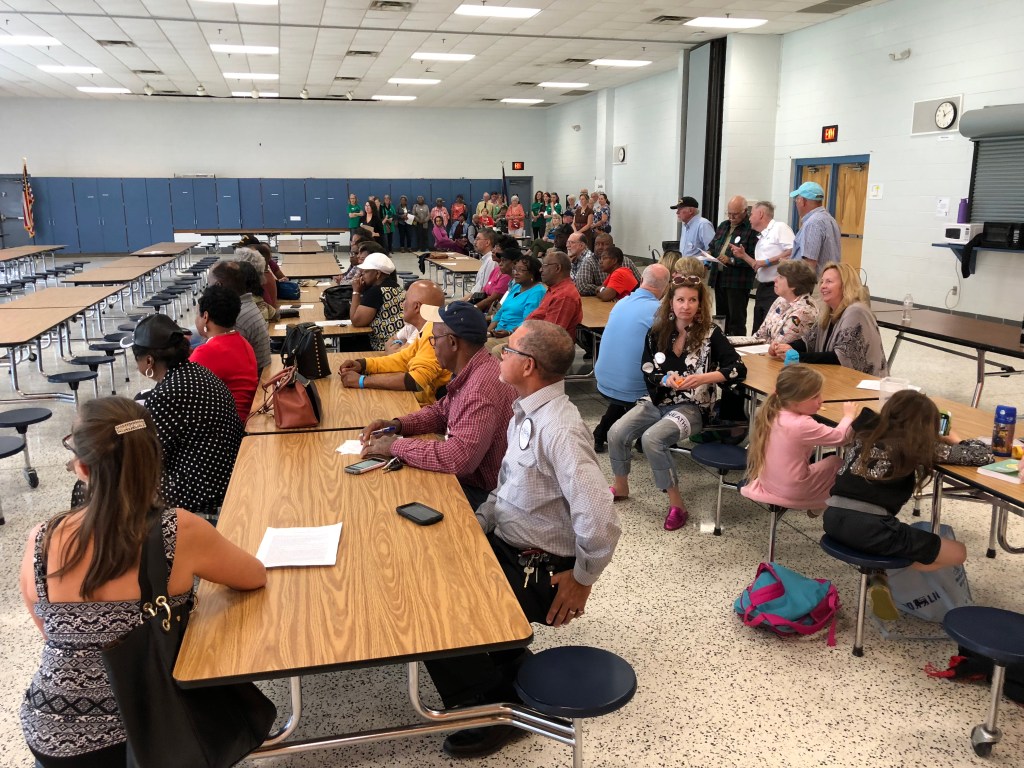 A total of 75 voters showed up to caucus in Charlotte County Saturday.

“The turnout was good for a caucus, but I always hope for more people to show up to vote,” said Chair of the Charlotte County Democratic Committee Rebecca Daly.

No delegates were elected for Roger Dean Huffstetler and Ben Cullop in Charlotte County.

Daly said the two candidates did not have a viable caucus.

Huffstetler elected 9 delegates, while Cullop did not elect any delegates at all in those areas.

A press release from Cockburn’s campaign said, “they said a woman couldn’t win in Southside and Southwest. Today our outstanding network of delegates and supporters not only proved them wrong, they far surpassed all expectations. Together, we elected nearly double the number of all of our opponents combined. I am ecstatic and honored.”

The release also said the 5th District caucuses boasted a record turnout. In November, a meet and greet was held at the Drakes Branch Municipal Building to introduce candidates.

During that time, Sneathern said he grew up on a farm and “this is a time to stand up …” Cockburn said she worked as an investigative journalist for 35 years and traveled the world.

“I was often on Capitol Hill. I was the observer,” she said. “Now, I’m on the other side,” Cockburn said at that time.

The 5th District’s Democratic Convention is set for May 5 in Farmville.

Daly said Sneathern, Cockburn, Cullop and Huffstetler “are running to earn the nomination for the 5th Congressional District.”

The winner will have the opportunity to run against current 5th District congressman Tom Garrett in the fall.

The last local caucus will be held Saturday and include the counties of Brunswick, Fauquier, Greene, Mecklenburg and the City of Charlottesville