The Southern Virginia Food Hub (SVFH), which is set to create a central location for farmers across the Heart of Virginia to sell their products, received a grant from the Commonwealth’s Rural Rehabilitation Trust Fund (RRTF) for more than $62,000, according to a press release from the Office of the Governor on Friday. 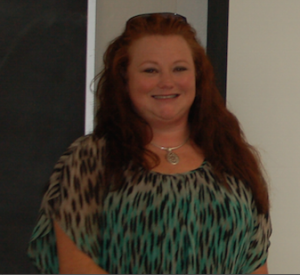 The trust fund, managed by the Virginia Department of Agriculture and Consumer Services (VDACS), distributed $499,521 in grant funding for six agriculture-related projects “aimed at providing assistance and creating new economic opportunities for farmers and agriculture organizations across Virginia,” the release cited.

SVFH, awarded the amount of $62,176, is set to use the funds to “provide training to address several issues — the lack of access to local foods in certain rural communities, food waste due to lack of retail and processing options and training and certification for food processor entrepreneurs,” the release cited.

SVFH, set to be located at the Colonial Theatre in South Hill and slated to open in June 2018, will have a commercial kitchen and will sell produce, meat, baked goods and value-added products from area farmers. These value-added products involve changing the physical state of a product to enhance its value. Examples include jams or canned items.

Ann Taylor-Wright, SVFH founder, said in a phone interview Friday that the training will aid producers in using the commercial kitchen at the hub. Taylor-Wright had previously presented the food hub at a Prince Edward County Extension Office meeting earlier this month.

Taylor-Wright said that for area farmers who aim to sell their products with the food hub, the training can also help them gain and improve marketing skills.

“You’re not just born knowing how to be a farmer’s market salesman, and a lot of people are really good farmers and really good producers, but there’s a disconnect between direct marketing to consumers and actually growing on your farm,” Taylor-Wright said. “So we’re going to try and address that as well. And then there’ll be some funding in there to help us (afford) some additional equipment for more value-added product production, and that should help, again, further decrease the food waste.”

Taylor-Wright said the hub could potentially aid issues concerning agriculture and food in the Heart of Virginia, including lack of access to food and lack of venues for producers to sell their agricultural products.

“It’s going to help many, many small farmers across southern Virginia,” Taylor-Wright said. “We’re designated as a food desert, pretty much the entire southern Virginia region. We also have high levels of poverty. So all of these funds are just going to help some of these smaller farmers increase their profits by being able to add value-added products from their ag(ricultural) products.”

“It’s really exciting,” Taylor-Wright said about the grant. “This was like a perfect Christmas present for the food hub. It was really great news.”

Leaders of the Town of Drakes Branch recently honored the service and dedication of outgoing sergeant, Tommy Galbreath, through a... read more