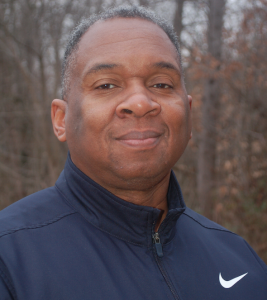 “It’s truly an honor to be selected as this year’s Honorary Christmas Parent,” said Gregory. “I would like to thank Linda Guill and her staff for selecting me.”

The Southside Christmas Parents (SCP) organization is a 501c3 nonprofit made up of volunteers who dedicate their time to helping area children throughout the Christmas holiday.

Linda Guill, of SCP, previously said the Honorary Christmas Parent is selected based on the impact the person makes in the lives of children in Charlotte County.

Recommendations may be sent in by citizens, but the individuals must live in the county.

In 2001, Gregory founded the Charlotte County Recreation Association to bring youth basketball programs to the county. Since its implementation, the organization has expanded to include several baseball teams as well as ongoing fundraising efforts to open a community park, Westpoint Park, on Westpoint Stevens Road in Drakes Branch.

“I’m hoping that the organization will once again make lots of children’s Christmases much brighter,” said Gregory.

In 2015, Gregory served as Grand Marshal for the homecoming parade and was awarded the Allen, Allen, Allen and Allen Hometown Hero award during that year.

“Giving back to the community is something I really enjoy doing,” he said. “It’s a satisfying feeling.”

No action on solar uses

No action was taken following a joint public hearing between the Charlotte County Planning Commission and Board of Supervisors on... read more