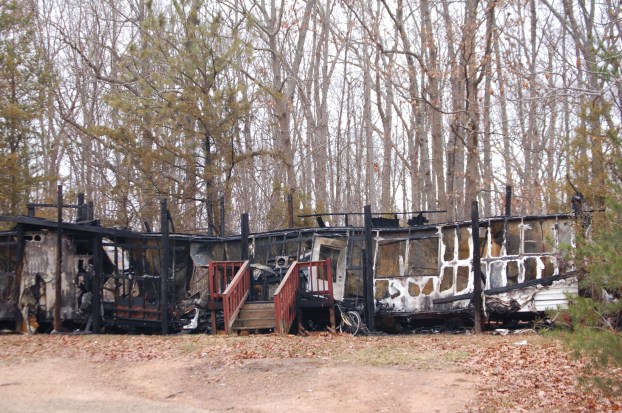 A house fire destroyed a home at 6543 Patrick Henry Highway in Meherrin. The fire resulted in a mother and her three children being displaced from the home.

A fire on Patrick Henry Highway Wednesday morning destroyed a home and displaced a mother and her three children, Chief of the Meherrin Volunteer Fire and Rescue Leon Scott confirmed.

The fire, which took place at a single wide mobile home located at 6543 Patrick Henry Highway, displaced its tenant Taquica Wilkins and her three children, according to Scott.

He said dispatch at the department received the call at 4:17 a.m., and responders were on the scene by 4:30 a.m.

He noted that everyone who lived on the property got out safely.

Scott said he had spoken with the property owner, Rachel Dove, who believes the fire may have been caused by a furnace on the property.

Scott said Wilkins and her family are currently staying with her mother, and the Red Cross has been notified of the incident.

“They have lost everything,” Scott said.

More than two dozens friends and family members gathered at the Municipal Building in Drakes Branch on Sunday to enjoy... read more