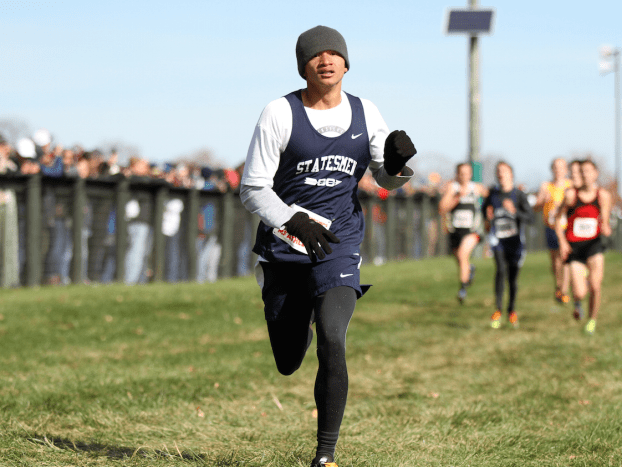 Randolph-Henry High School senior Nasheim Pettus and sophomore Travis Adams drew accolades for their outstanding performances near the end of the 2017 season, as Pettus was named an All-Region 2A runner, and both Pettus and Adams attained All- James River District status.

To receive the all-region honor, Pettus had to finish among the top 15 runners at the Region 2A cross country championships. He cleared that bar by a wide margin, placing sixth.

“I was ecstatic for Nasheim,” Statesmen Head Coach Ian Woodley said. “With schools like Maggie Walker and Poquoson in our region, there are a lot of very talented runners. To finish sixth against that competition is a testament to Nasheim’s hard work and desire to perform to the best of his ability.”

To be all-district runners, Pettus and Adams had to finish among the top 12 runners at the district meet. Pettus ended up placing second, and Adams finished in 11th place.

“I was extremely happy for both of them.,” Woodley said. “I was not surprised by Nasheim’s performance. Early in the season, he established himself as the second-fastest runner in the district. I knew Travis was capable of being a top- 12 runner. He had one of his best races at the district championship and thoroughly deserved the honor.

Both Pettus and Adams also ran at the state championship meet.