‘He laid the foundation’

Lealon Vassar, described as a pillar in the Charlotte County community, was remembered as a businessman, coach and leader who impacted the area through his dedication and limitless kindness. 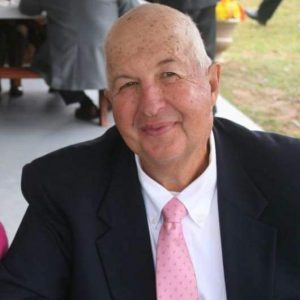 Vassar, 74, was born June 25, 1943, in Norfolk, according to his obituary. He moved to Charlotte County at the age of 4. Growing up, he worked in the logging industry and later established three businesses in the county devoted to logging, which included R&V Mill, R&V Trucking and Pulpwood and Logging, Inc.

He graduated from Randolph-Henry High School in 1962 and attended the National Business College in Roanoke.

Charlotte County Board of Supervisors Chairman Gary Walker, who is also Vassar’s cousin, said Vassar had worked in the logging industry his entire life.

He noted that Vassar invested hours upon hours in an industry that did not have the technology and machinery it does now.

“He made sure they had benefits,” Walker said, noting he also made sure employees and their families had help in the event of emergencies or illnesses. “He was just that kind of guy.”

Shannon Feinman, Vassar’s daughter, said in a eulogy she had written for him that his work ethic and his care for those around him spread to other areas of his life.

“If you know Dad, you know what ‘Vassar Time’ means. It means that if you arenot 30 minutes early, you are 15 minutes late,” Feinman said in the eulogy.

Vassar was a longtime sports coach for kids in the county, including coaching Dixie Youth teams.

“No one knows how many kids are playing baseball, softball, tennis, running cross country, participating in travel ball, shooting basketball and more with uniforms (he) provided, travel expenses covered, land for fields, buildings for indoor opportunities and on and on,” Feinman said. “We have come to learn that there seem to be endless people he helped with extra work when they needed it, a hand up during tough times, loan of equipment, a vehicle to drive, maybe most impactfully, a listening ear, advice and an honest course correction when necessary.”

Walker said when Vassar didn’t coach, he often attended games throughout the community.

Walker, becoming emotional, spoke about Vassar’s involvement at his home church, New Hope United Methodist Church, and how his entire family served each year at the annual Trucker’s Parade Against Cancer. He said there were countless instances where Vassar would help members of the community but not draw attention to it.

“He was just the kind of guy who went around and helped people and wouldn’t let anyone know about it,” Walker said.