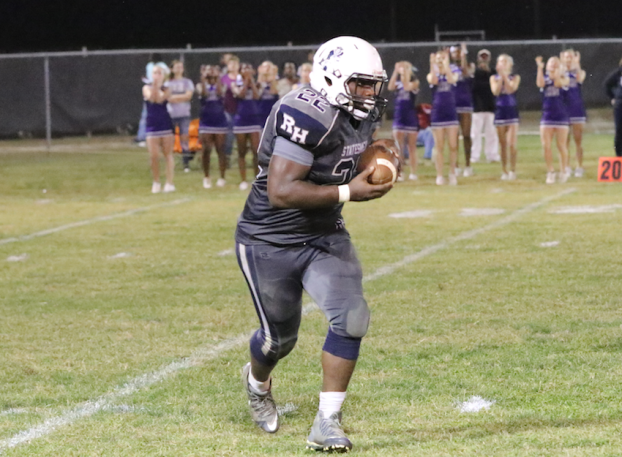 “I thought it was pretty fair compared to some of the other teams in the district,” Statesmen Head Coach Zach Orlando said. “… For what our record was and what we did this season, I thought it was a pretty good representation based off of those two elements.”

The Statesmen finished the season with a 1-9 overall record.

Senior Tyrie Blow-Tydings made the all-district second team as both a running back and a linebacker.

“I was actually upset with that because he should have been first team on both, and a lot of that had to do with him being injured at the end of the season there,” Orlando said.

Five-and-a-half games into the season, Blow-Tydings went down with a knee injury.

“I think if Tyrie stays healthy, the stats he puts up, to me, he’s a first-team running back without a doubt, and I think he’s honestly in the running for offensive player of the year in the district,” Orlando said.

In his time on the field, Blow-Tydings carried the ball 161 times for 1,021 yards and 13 touchdowns.

On defense, he recorded 44 tackles, including nine for a loss, and two sacks.

Junior Ryan Skipper made the all-district second team as an offensive lineman.

Noblin led the team with 18 catches for 221 yards and three touchdowns. Parrish produced 61 tackles, including six for a loss, and Marable returned 24 kicks for 464 yards and a score.

Of his six players receiving all-district recognition, Orlando said, “I thought all these guys were deserving and that it’s a testament to how hard they played and that they really did a good job over the course of the season.”