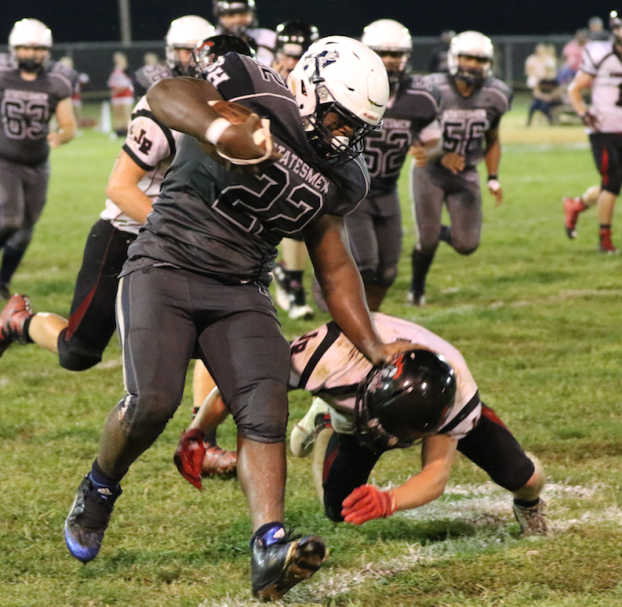 Randolph-Henry High School senior star Tyrie Blow-Tydings missed several games this season due to injury, but the strength of his performances while healthy were represented among the all-district accolades as a pair of second-team selections.

Randolph-Henry High School’s varsity football team was represented by six players across seven selections with the announcement of the 2017 All-James River District accolades.

Statesmen making the all-district second team included senior Tyrie Blow-Tydings, as a both a running back and a linebacker, junior Ryan Skipper, as an offensive lineman, and senior Aaron Crawley, as a tight end.

See next week’s edition for more information on these honorees, including comments from Head Coach Zach Orlando.