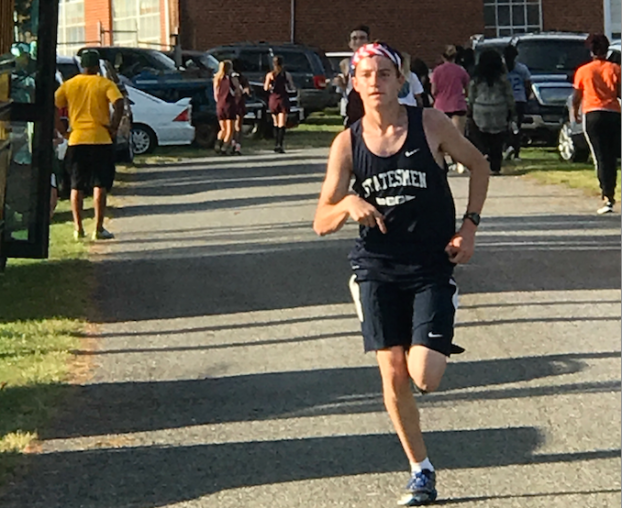 Sophomore Travis Adams, pictured above, was one of two Randolph-Henry High School runners to qualify for and compete in the VHSL Class 2 state championships. The other state-qualifying Statesmen runner was senior Nasheim Pettus.

A strong 2017 cross country season for Randolph-Henry High School ended with the high point of the year for the program.

Prior to the state meet, Randolph-Henry participated in the Class 2 Region A championships. The boys team finished fifth, and the girls team finished seventh.

Pettus was the top male runner for the Statesmen, finishing with a time of 17:46, good for sixth place, individually.

Among the Lady Statesmen, senior Sarah Grissom was the fastest runner, placing 38th with a 26:37 time.

Looking back on the season, Woodley said, “As a whole, I am very happy with the boys and girls teams. Throughout the season, we stressed improvement. We wanted the athletes to improve individually and, as a result, improve as a team. We were able to accomplish that.”

The coach noted that Pettus and Grissom will be missed next year, but he said he believes that if both teams continue their 2017 rate of improvement, they will contend for the district title.