Many town offices and local businesses closed Wednesday, Oct. 25, in the Town of Charlotte Court House, including Charlotte County Public Schools due to a water outage in town. 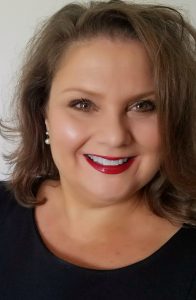 County Administrator R.B. Clark said while Dominion Power was doing work on an electric pole in front of the county administrator’s office to put a new electrical system in, a water line was punctured.

After that occurred, he said there was difficulty with the valve.

According to Superintendent of Charlotte County Schools Nancy Leonard, “A water main was hit while Dominion Power was doing work in Charlotte Court House. That accidental damage caused Central Middle School (CMS) and Randolph-Henry High School (R-HHS) to lose water. Due to the extensive nature of the water loss, the decision was made to close schools at 1 p.m. as a precaution.”

Leonard said it does not take long for unsanitary conditions to arise in a school when water is lost and it may take a while for the water tanks to be refilled and water pressure fully restored. She said even if the water had been restored shortly, a lot has been lost.

Leonard said Central Middle School and Randolph-Henry High School consume a lot of water and will need time to replenish before school would be able to resume the next day.

Clark originally said it was estimated that water in the town would be restored by 2 p.m. or at least 3 p.m. at the latest.

However, Leonard said school was dismissed on Thursday at 12:30 p.m. as well because of additional water issues in the Town of Charlotte Court House.

“The town discovered additional leaks and problems today,” she said. “ As a result, the water pressure in the Court House is not strong enough to keep R-HHS and CMS open.” In addition, school did not open at all on Friday.

By Monday, water had been fully restored in town and school resumed on regular operating hours. However, information from the school division said CMS and R-HHS would operate under a boil advisory and no students or staff would be allowed to drink from the water fountains Monday. Bottled water was provided.