The event will include activities for all ages, including vendors, food, hayrides, kids games, face painting and the Charlotte County Farmer’s Market at Drakes Branch. 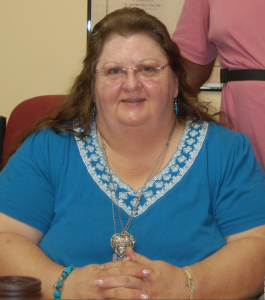 The Farmer’s Market will be open during the event from 9 a.m.-3 p.m. and will feature items such as tomatoes, butter beans, sweet potatoes, greens, herbs, baked goods and more.

According to event information, Mike Godwin and the Off Duty Band will provide music for the afternoon, hosted by the Drakes Branch Volunteer Fire Department.

One of the event’s organizers Bea King, said the band plays all over Virginia and several other states. In addition, they have been featured on every radio station in the area.

“I am especially fond of this band because my son-in-law plays in it,” she said.

She was she would like to thank the fire department for making it possible and hosting the band.

The Charlotte County Historical and Genealogical Society and The Rustic Barn of Burkeville are also helping to sponsor the festival.

King said this is the second year the festival will be held under the reorganized name.

She said previously the event was known as the fall festival. It was held in the Town of Drakes Branch for a number of years. However, it is now called the Drakes Branch Halloween Festival.

“We hope in the future that it will continue to grow,” said King. “Volunteers are welcome.”

In addition, King said Mr. Davis, the society librarian will be on hand dressed as a clown to provide special treats.

The event is family friendly and anyone interested in volunteering should contact the Town of Drakes Branch at (434) 568-3091.

Aspen/Phenix Supervisor Haywood Hamlet, 73, turned himself into Virginia State Police (VSP) on Tuesday and was arrested on one felony... read more