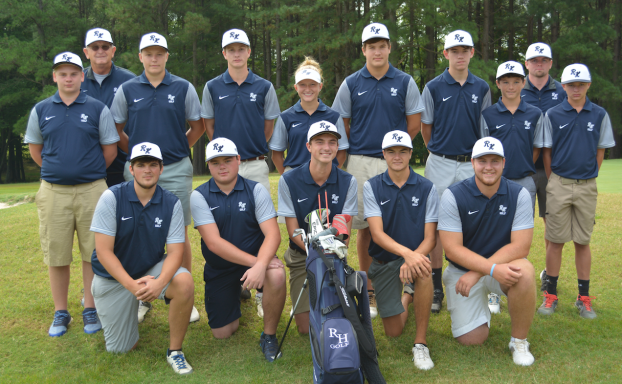 ‘We had an outstanding season’

The 2017 season officially came to an end for Randolph-Henry High School’s varsity golf team last week when Skylar Lacks fittingly closed the remarkable year out with another outstanding highlight.

“He shot 85 the first day, and he shot 71 the second day, which is a Randolph-Henry school record in state golf competition,” Statesmen Head Coach Kelly Powell said.

He added that he has been coaching for 24 years, and he has been to the state level 20 out of those 24 years with either a team or an individual, “and that’s the lowest score we’ve ever had.”

The 71 on the second day of the Virginia High School League (VHSL) Class 2 state tournament was good for one-over-par at Heritage Oaks Golf Course in Harrisonburg.

“He had the second-lowest score of anybody the second day of competition,” Powell said. “So, he really did well.”

The coach noted that Lacks’ performance placed him 16th overall out of 44 golfers competing in the tournament.

He reached the state level after leading Randolph-Henry with a 78 at the VHSL Class 2 Region A tournament, where the Statesmen placed third out of 12 teams.

They entered the regional tournament with an undefeated record.

“If you really look at it in a positive light, obviously we had an outstanding season,” Powell said, “and you hate to lose that last game, but when you get to the regional level, you’ve got really good competition. We knew going in that Poquoson (High School) had been (Class) 3 last year, and they dropped to (Class) 2. I knew Poquoson and Maggie Walker (Governor’s School) were really going to be good. They both were, and they actually both beat us.”

He said his players probably did not play as well as they wanted to, “but I’m not disappointed in them. I’m mighty proud of them. But that’s just golf for you. You don’t always play your best, but overall, I think we had an outstanding season.”