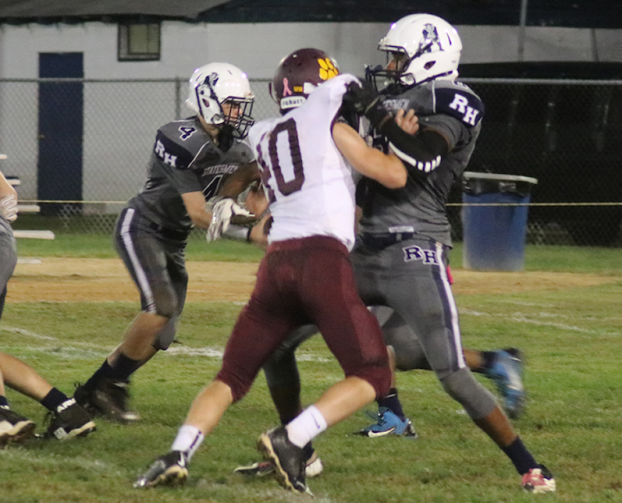 Randolph-Henry High School’s varsity football team struggled to contain visiting Nottoway High School in the first half Friday night, and though the Statesmen held the Cougars scoreless in the second half, the home team still fell 47-6.

Nottoway, which has now won four in a row after an 0-3 start, scored 28 points in the first quarter and 19 points in the second quarter to lead 47-0 at halftime.

The lone points for the Statesmen came in the fourth quarter when junior wide receiver Treymon Roberts ran for a touchdown.

Freshman quarterback Peter Jones was 6-for-15 passing for 50 yards and an interception.

The Statesmen (0-7) next face the formidable challenge of visiting Goochland High School (7-0) on Friday at 7 p.m.