Please allow me to explain my perspective on the National Football League (NFL) players protesting and the American flag.

I believe my opinion reflects the thoughts of many veterans and American patriots, including those who haven’t served, but appreciate those who have (special note — my guess is this represents over 50 percent of the NFL audience). 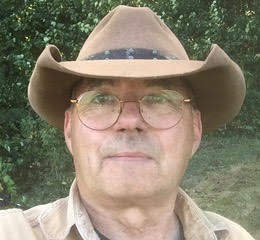 The players choice to use the symbolism of the the flag and anthem as their protest vehicle, is the issue here and this is why I have a problem with it.

At the beginning of the NFL games, the national anthem is played to honor the flag/nation and provide about two minutes of reflection on what has made these games possible.

One of those things has been the sacrifices made by Americans who have served in the military during the last 241 years.

The military provides the protection of our God-given rights to “life, liberty and the pursuit of happiness,” which is one of the core beliefs linked to the founding of America. The flag/anthem represents this nation and all who have called America home.

Over the history of our nation, veterans have pledged their lives, limbs and health to protect our individual rights and to also protect all of the people who live in America from enemy attacks.

During the past 50 years I have, on many occasions, had tears run down my face during these two minutes of the national anthem which provided me with moments of reflection on how lucky I am to be alive and living in America. Why? For me, during my time in Vietnam, I was engaged in mortal combat and witnessed the heroic actions of young and old Americans who unselfishly laid down their lives without a second’s worth of hesitation for the country and those brothers who were next to them.

A flag is all these families will ever receive from our nation for the ultimate sacrifice of their loved ones. I say again, this flag is all that families receive because the American warrior signed their “employment contract” with our nation, promising to give their last full measure of life in our nations’ defense.

When I look at the Vietnam Memorial and see all of those names, I know in my heart that everyone of them is a much greater American than I will ever be. Without reservation they gave everything they had to give — their very lives — for me and you.

All of this suffering and sacrifice in the name of our nation is represented by our flag and national anthem.

And now back to the NFL issue. Yes, absolutely they have a right to protest by kneeling/sitting or staying in the locker room. Their choice to protest the American flag and national anthem shows an enormous level of disrespect for those who have paid an unimaginable sacrifice so the American flag can fly at the football stadium and because that American flag is waving in the wind at the stadium, the NFL players have the freedom and opportunity to make millions of dollars a year to play a game.

Without an audience there is no NFL and you have just royally trashed the audience.  I’ll close with a bright and positive future for the NFL players, I hear Home Depot is hiring.

What do you do when a building’s structural integrity is so in jeopardy that one half begins separating from the... read more