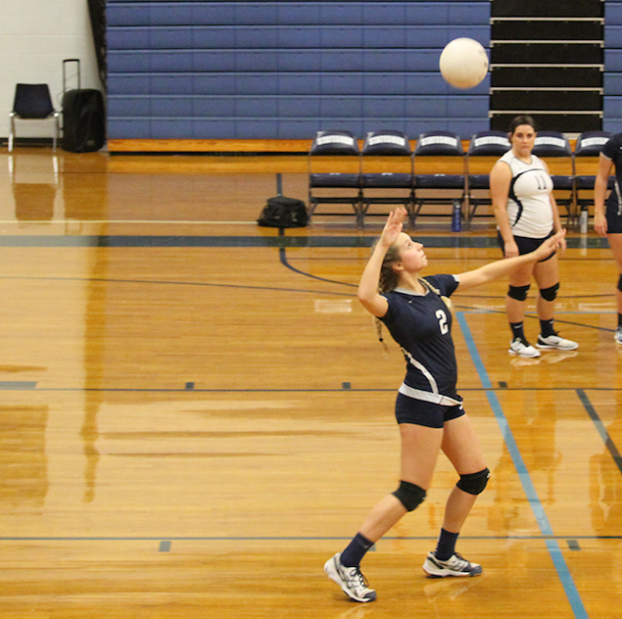 Going up against visiting Bluestone High School on Thursday, the varsity Lady Statesmen were up to the challenge after defeating the Lady Barons 3-2 to open the season.

The Lady Statesmen came out and stole the first two sets without a problem. During the third set, the team relaxed a bit and lost. But this was all the momentum the team needed to come back and defeat the Lady Barons with a score of 25-11.

Both teams played well throughout the match, but ultimately, Randolph-Henry was able to show off all it had been working on since the beginning of the season.

“I am so proud of these ladies for coming out tonight and fighting for this game,” Randolph-Henry Varsity Head Coach Nikki Elder said. “After the night we had on Tuesday, this was a much needed win.”

The JV Lady Statesmen achieved their second win of the season Thursday when they topped visiting Bluestone 2-0.

“This was the best game the team has played,” said Randolph-Henry JV Head Coach Sandy Mayhew. “This shows just how far they have come and how hard they have worked. They moved on the court, communicated well with each other, and that eliminated a lot of errors.”

Morgan Lawson had seven aces and finished out the serving for the win. Pearl Sandridge led the team in attacks with 14 followed by Abby Clements who had nine and Sydney Williams with seven. Clements and Williams each had two kills and Sandridge had three for the night.