William Marshall Firestone Jr. recently passed away at his farm in Charlotte Co. Born 81 years ago in Bluefield, WV to the late William M. Firestone Sr. and Beulah Workman Firestone Cosby (Roscoe Roy). He is survived by his two 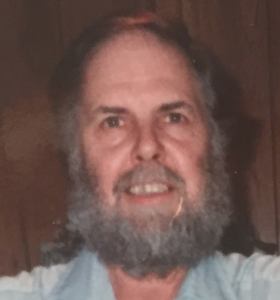 sons, Gregory (Sopha Mao) and Michael who plied him with wonderful grandchildren, Greg Jr., Grace, Savannah, Malyan, Michael, and step granddaughter, Casey Mayhew. Also surviving are his two sisters, Judith F. Matthews (Linwood) and Mary F. Foore (Max) as well as numerous nieces and nephews who all loved him dearly and will greatly miss him. His high school classmates in Buckingham Co. fondly remember him entertaining them with lively tunes on his bagpipes and relating exciting tales of his travels to S. America. Proudly serving our country in the Army and Navy he was a retired engineer with C&P Telephone Co. Billy was the Pied Piper to every child and animal who was privileged to be in his life and they loved their Uncle Bubba or Taco Bill as they often called him. Bill’s greatest pleasure was making others laugh. A celebration of his life will be held on Sept. 27, 2017 at 11 a.m. at Michael Hawk’s Funeral Home in Amelia followed by a procession to the Veterans Cemetery for interment. In lieu of flowers, donations would be greatly appreciated by the Children’s Hospital of Richmond at VCU; 2924 Brook Road, 23220.