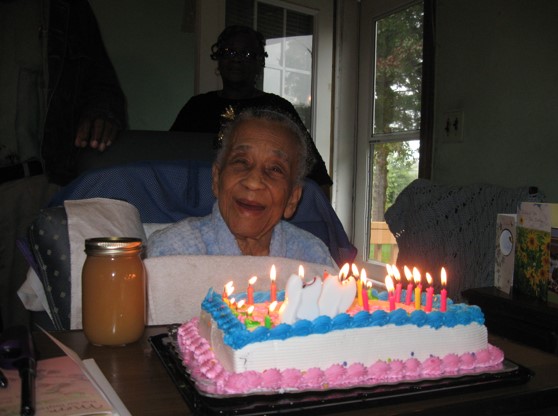 Irma Cleo Daniels Jones — a 92-year-old Charlotte County resident — has lived to see several hurricanes pass across the U.S., three of which shared the name of she and her late husband.

Jones resides in the Charlotte Court House area, and was born Oct. 7, 1924.

While she’s been alive, Jones has seen two hurricanes share her name and one with the same name of late husband.

According to Kizzie, Hurricane Hazel, which shared the name of Jones’ deceased husband, Hazel Jones, was the first coincidence the family witnessed.

“We were little kids,” Kizzie said.

According to the National Weather Service, Hurricane Hazel struck in 1954 and was termed as “the strongest and only Category Four hurricane to ever hit the North Carolina coast.”

Kizzie said she remembered getting off the bus from school and having to walk a distance home. The sky looked angry that evening, she remembered. She said the wind was blowing the oak tree in their front yard. “Hazel did the most damage,” she said.

The next hurricane the family noticed was Hurricane Cleo.

According to information from the National Oceanic and Atmospheric Administration, Hurricane Cleo occurred Aug. 25-Sept. 1 in 1964 and was the third named hurricane to strike the U.S. During Cleo, “the highest maximum fell along a frontal boundary to the north of Cleo in Southeast Virginia,” according to the agency.

Cleo was a Category Four hurricane.

According to Kizzie, she told her mother, “They’ve done it again” after she found out Hurricane Irma was headed to the U.S.

Hurricane Irma topped out as a Category Five storm and occurred from Aug. Sept. 12.

Kizzie said her mother is very aware of everything around here.

“She does not like to be in her bed,” she noted of her mother.

When news of Hurricane Irma came, Kizzie said she told her mother, “‘They’ve got the hurricane on TV again.’”

Kizzie said the family has been talking about the uncanny coincidences, including Kizzie’s brother Tyrone Glasgow.

Jones will celebrate her 93rd birthday next month.