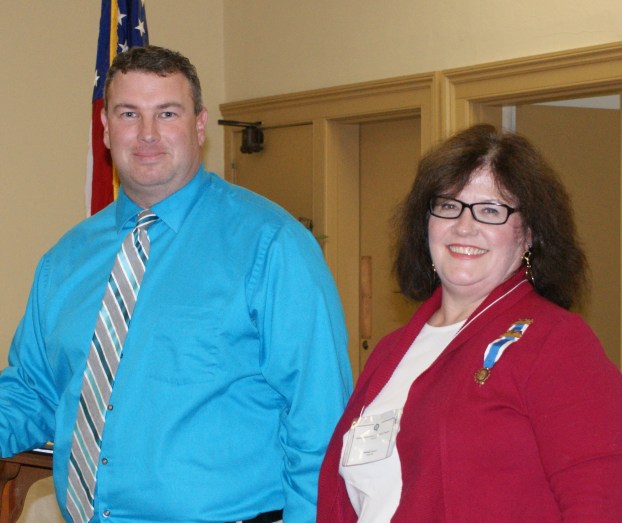 “Jennings Custis, of Fuqua School, spoke on George Washington, John Blair and James Madison, who were the three Virginia signers of the U.S. Constitution,” cited a press release.

“Sept. 17, 2015, began the national celebration of Constitution Week. The weeklong commemoration of America’s most important document is one of our country’s least known official observances. Our Constitution stands as a testament to the tenacity of Americans throughout history to maintain their liberties and freedom and to ensure those inalienable rights to every American.”

In 1955, according to the release, the National Society Daughters of the American Revolution petitioned Congress with a resolution that the week of Sept. 17-23 be for the observance of Constitution Week. It was signed into law by President Dwight D. Eisenhower Aug. 2, 1956. President George W. Bush declared the inception of the week in 2002.

The Charlotte County Chamber of Commerce has named Jack Davis’ State Farm Office as the Business of the Month. According... read more