On Saturday evening, September 2, 2017, God called our beloved son, brother and nephew, Antonio Antwan Wilson to rest. He was born on March 12, 1983 to Joyce Wilson and Frankie Davis. We will miss our loved one, “Frog” as we called him. He was a joy to be around and we thank God for having shared him with us for 34 years. 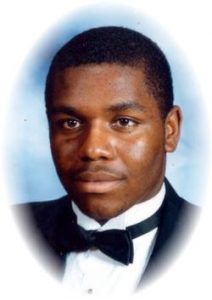 Services of comfort were provided by Dupee’s Funeral Home of Drakes Branch, Virginia. Online condolences may be expressed in the guest book at www.dupeefuneralhome.com