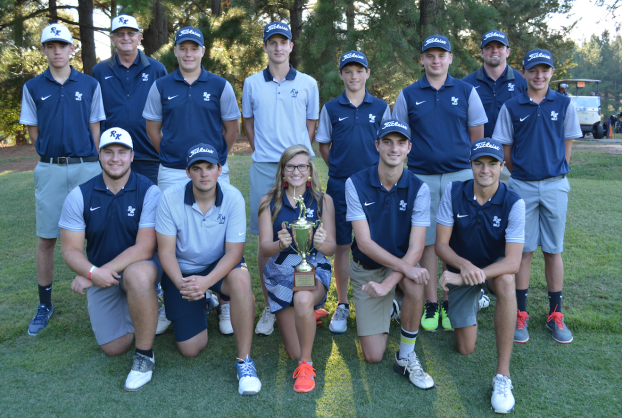 A round of 18 titles

This is the 15th straight year the Statesmen have achieved this title while going undefeated in the JRD for the season. They have won 191 consecutive district matches, including 18 this year, and they entered this week with an overall 2017 season record of 21-0 after earning four more wins last week.

“We are really playing well now and all team members are contributing and competing for playing time,” Randolph-Henry Head Coach Kelly Powell said.

Mason generated an even-par 35, Newcomb recorded a 41 and Moore and Lacks each shot a 42.

After hosting No. 2 Central Lunenburg and No. 3 Goochland High School on Wednesday at Briery Country Club, the Statesmen will compete in the JRD tournament Tuesday starting at 9 a.m. at The Manor Golf Club in Farmville.