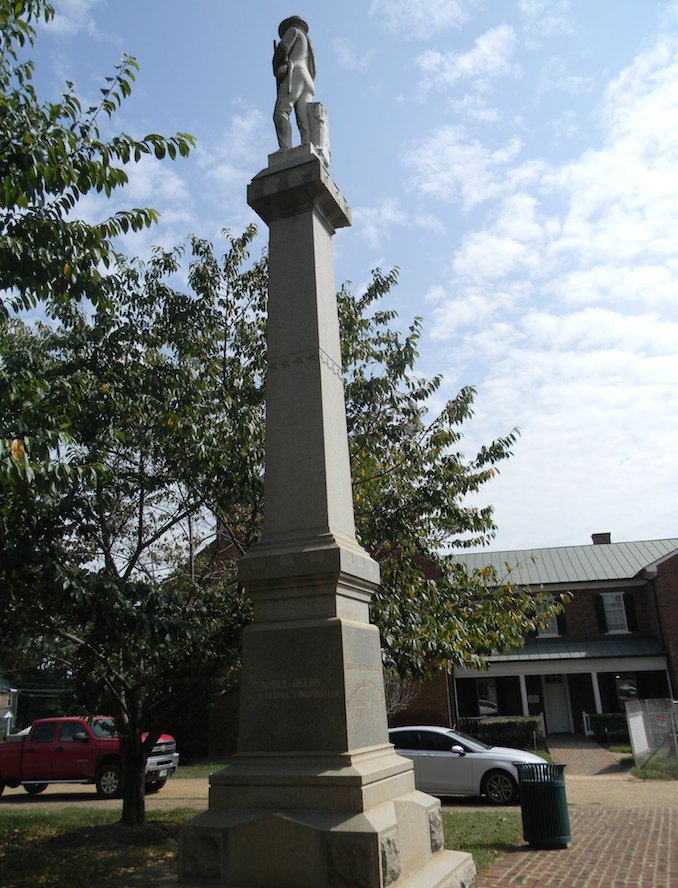 Following Gov. Terry McAuliffe’s announcement encouraging discussions to take place in the state regarding taking down Confederate statues and relocating them to museums or more appropriate settings, members of Charlotte County are sounding off with their opinions about the governor’s statement.

McAuliffe’s announcement came in response to violent white supremacist protests in Charlottesville that resulted in the death of three people Aug. 12.

Heather Heyer, 32, was killed when a 20-year-old Ohio man, James Alex Fields Jr., drove a car into a crowd of counter protesters.

According to Charlotte County Administrator R.B. Clark, the county owns the property that the memorial is on. Regarding the county’s stance on McAuliffe’s statement, he said the Charlotte County Board of Supervisors would have to comment.

County Seat Supervisor and Board Chairman Gary Walker offered no comment regarding the county’s stance on the removal of such statues.

The Gazette posted a Facebook status recently regarding McAuliffe’s statement and the relocation of Confederate statues where 16 comments were received, 10 of which were against removing and relocating statues while two spoke in favor of moving them.

“No — leave them where they are,” commented Charlotte Court House resident Sherrill Pugh.

“You mean hide them away so there’ll be no questions asked or history (passed) down to learn from?” Eggleston said.